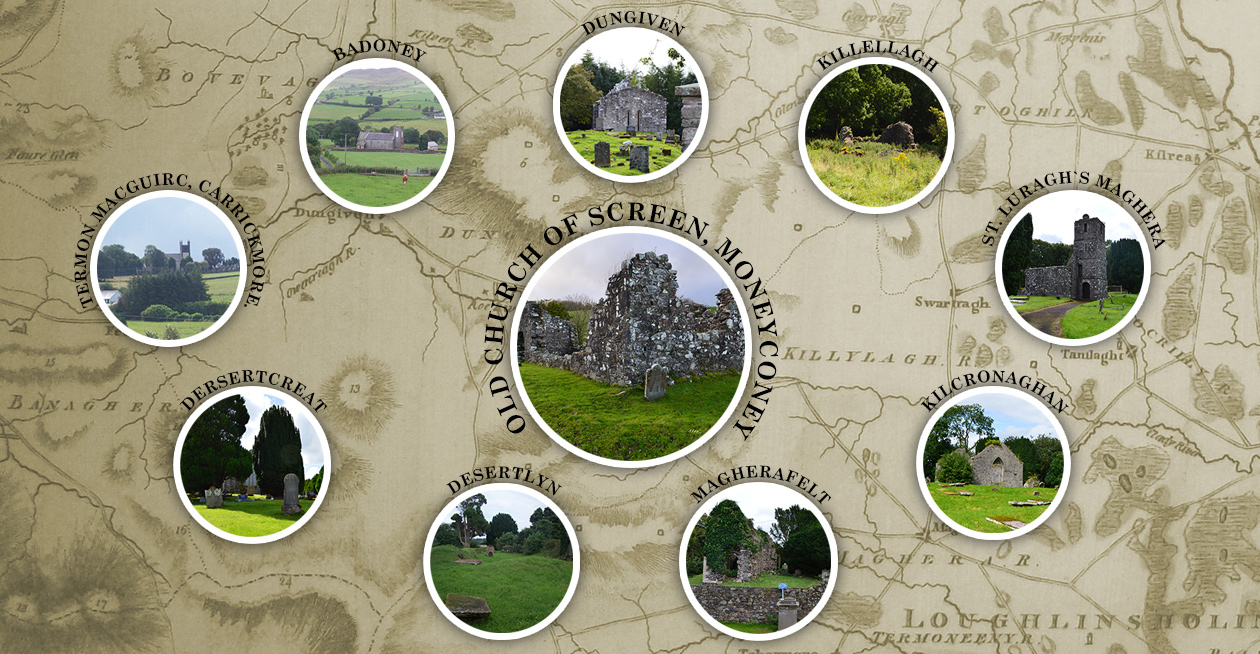 The Sixtowns are the original church lands of the Old Church of Screen.

Before the Plantation of Ulster, when this area was controlled by the O`Neills, it was the tradition that all their churches were each given a portion of land called erenaghs which were used to raise funds for those churches. A person was elected to run the erenagh and his role was to collect rents from his tenants and to organise its affairs. This person was also known as the erenagh.

The Sixtowns erenagh was originally made up of six baliboes. Balibo comes from the Gaelic words `baile bo` which means grazing for a cow. This area would have been much smaller then and the perimeters of these baliboes were only increased to its present size in the early 19th century.

The churches in the banner above are the nine churches which were associated with the church of Scrine. They were called the “the nine mile churches” because each one was  nine Irish miles distant from that church at Moneyconey.