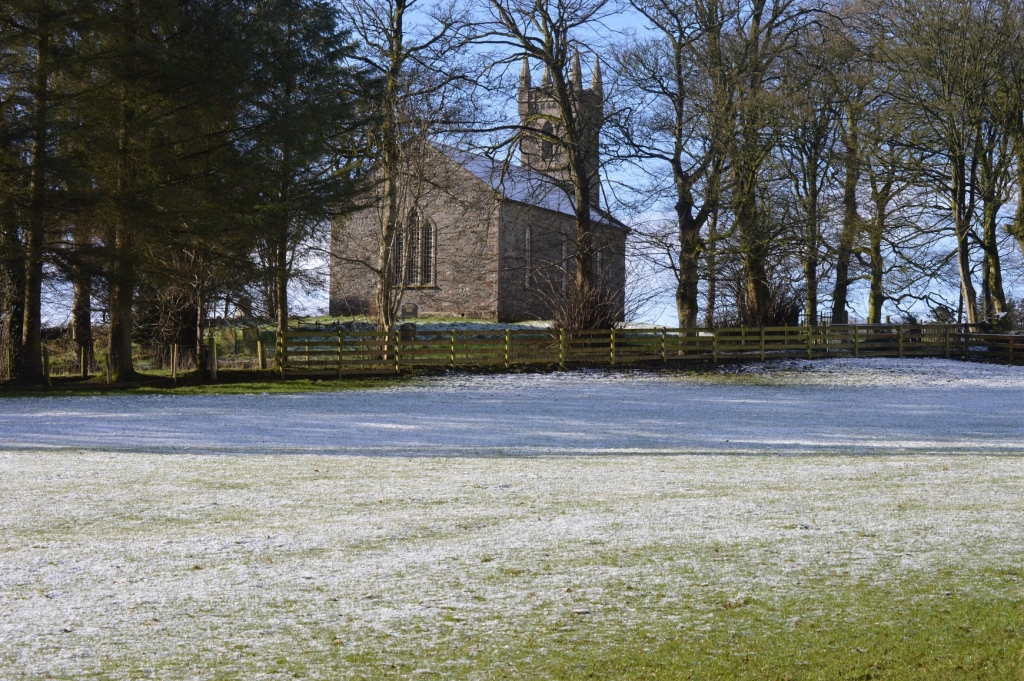 In 1843 a portion of land was given to the Hon. Torrens of Derrynoid, by the landlord John Stevenson, for the purpose of building a church to serve the local patrons of the Church of Ireland in Sixtowns. A fine church was built a small rise in Cavanreagh and on August 9th 1843 the new Church of St. Anne was consecrated by the Right Rev. R. Ponsonby, Bishop of Derry.

It is said that there were 350 people at this service and absent that day because of a prior engagement was the newly appointed curate, Rev. Thomas de Vere Coneys. He eventually arrived to take up his duties in October 1843 to a huge reception. The local congregation were clearly delighted with their new church. It is said that there were 280 people present that day and that among them were 80 teachers of Irish. The sermon was preached in both Irish and English. The new curate of St. Anne`s was Professor of Irish in Trinity College , Dublin and he had a great interest in the Irish language. He seems to have been involved in teaching Irish and working with teachers of Irish in the Moyola valley area during his time in Sixtowns. This would explain why there were 80 teachers of Irish present for the consecration of St. Anne`s and his eventual inauguration on that day in October 1843.
Rev. Ponsonby was replaced by another famous scholar of Irish studies, the Rev. R.S. King. He took up his ministry on April 20th 1845. It seems that he was more cut out to be an academic than a preacher and was known to be unsettled while in Sixtowns, eventually leaving to go back to Dublin on June 29th 1847. While in Sixtowns, Rev. King kept a preachers book which not only gave account of happenings in St. Anne`s but small pieces of information about everyday life in Sixtowns during his time there. Some of these writings can be found in Rev. Thomas R McKnight`s booklet, The Little Church in the Valley, St. Anne`s. King died in Ballymena on January 4th 1900 and never became a priest. He remained a deacon all of his life. In 1851 Rev. James Twigg Wright replaced Rev. King and in 1853 he was replaced by Rev. Mathew Trant Moriarty, a Kerry man. Moriarty was to remain at St. Anne`s until 1874. It seems that he did not keep records and this may indicate a decline in interest in the Church. After that the clergy of St. Columba`s at Draperstown seem to have worked much closer with St. Anne`s as the number of patrons of that church began to fall. It is noted that the church had fallen into disrepair by the 1870`s after which it got a facelift. St. Anne`s celebrated its centenary in 1943 when services were conducted by Rev. H.A.E Egan who urged the then small congregation to keep their church in good repair regardless of their size.

Surnames associated with St. Anne`s church were , Sinclair Taylor, Deane, Elder, McKeown, Hassan, Dornan, Reid, Loughlin, McGonigle, Leacock, McCrea and Bradley. The last local member of the church to have been buried there was Martha Bradley (nee Sinclair) This pretty little church is rarely used nowadays except on special occasions when an ecumenical service would take place at Harvest or Christmas. 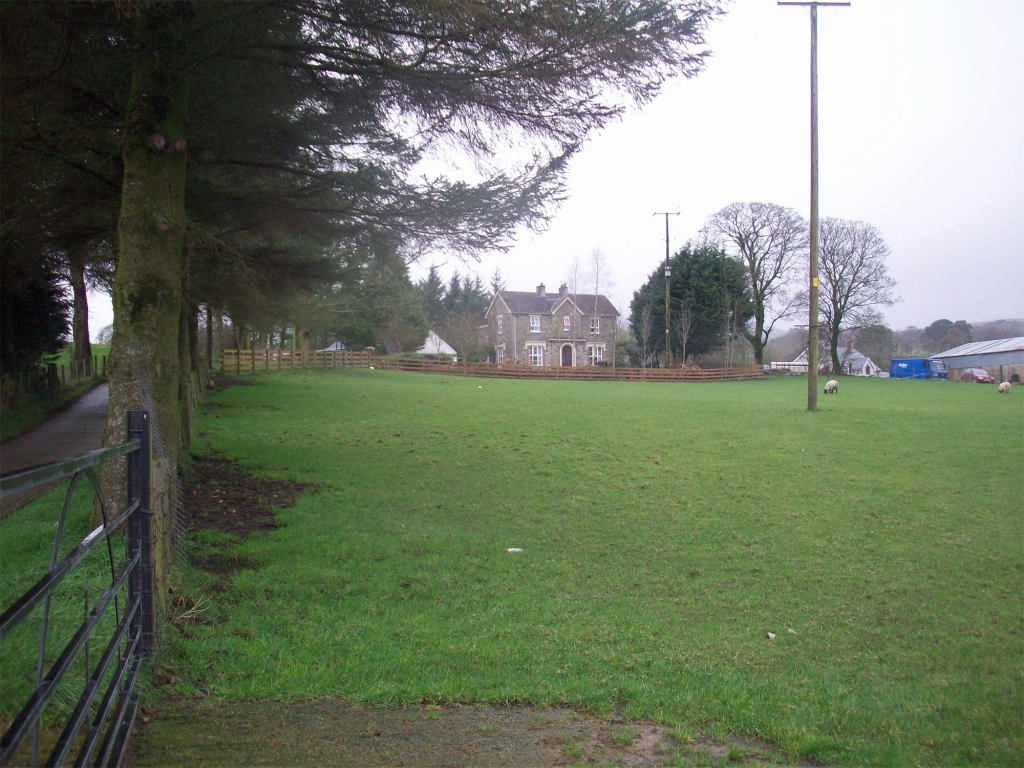 The lodge was built as the rector`s home but it never got the name of the Rectory. It was known better is more recent times as the Lodge. Apparently it was used as a hunting lodge by friends of a Mr. Kinley from Dungannon who had bought the hunting rights of the Sixtowns. The local gamekeeper in 1846 was Thomas Deane and his family were still in possession of the Lodge until it was bought by John P Bradley who still lives there. The last member of the family to live in the Lodge was Wash Deane who emigrated to Canada and never returned. The Deanes were believed to have been sent to Sixtowns by the Earl Bishop as gamekeepers. Two families of Deanes lived in Owenreagh as well, close to the Post Office. 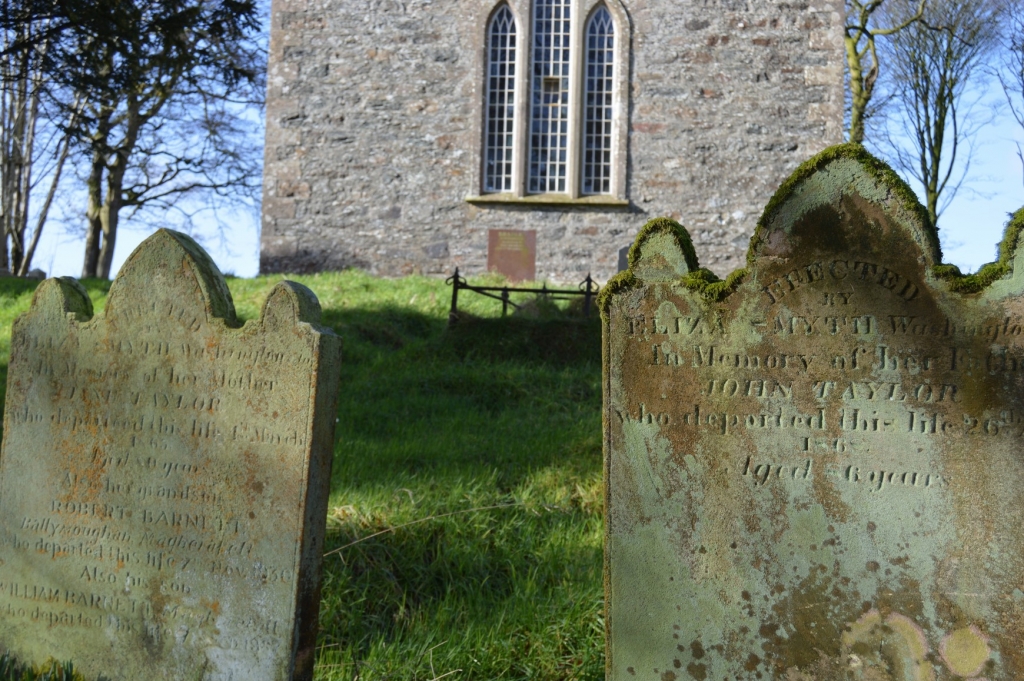 The graveyard at St. Anne`s is now overgrown and but for the efforts of one or two locals who cut the grass for special occasions it would be in much worse condition. Nevertheless many of the graves can still be identified. There are some headstones but like other churches in the parish, many souls are buried without any and this makes the task of finding graves very difficult.

In loving memory of our father Henry Hasson who departed this life May 20th 1906 aged 84.

Erected to the memory of Annie Greer Hutchinson Wife of Joseph Reid who departed this life Feb 26th 1875 aged 36 years.

Sacred to the memory of Margaret Leacock who departed this life May 16th 1851 also to William Leacock her so who died March 5th 1851 aged 11 years.

Erected by Eliza Smith (Washington) in memory of her father John Taylor who departed this life 20th Aug 1868 aged 86 years. 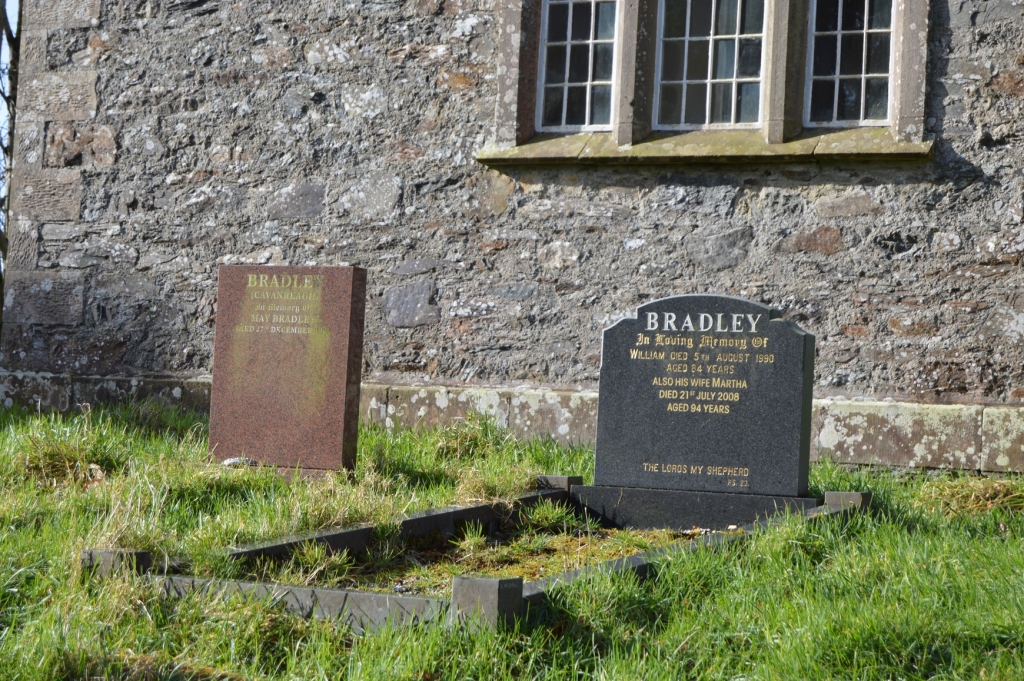 It is clear from looking at this short list of gravestone inscriptions that not everyone could afford to put up a headstone to their loved ones. People were poor and simply could not afford the expense of erecting headstones. Many of the headstones in this graveyard were erected many years after the death of relatives as money became available to their descendants, perhaps as a result of receiving money or property in a will or as in many cases emigrants sending the money home as a mark of respect and love for their parents or relatives. 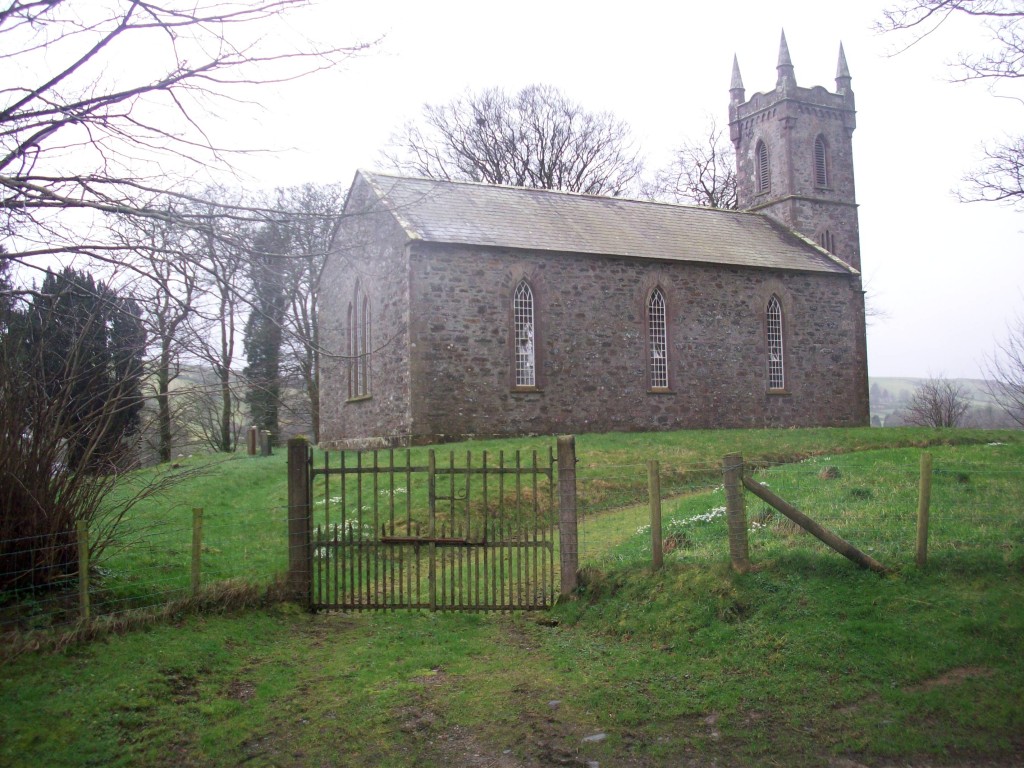 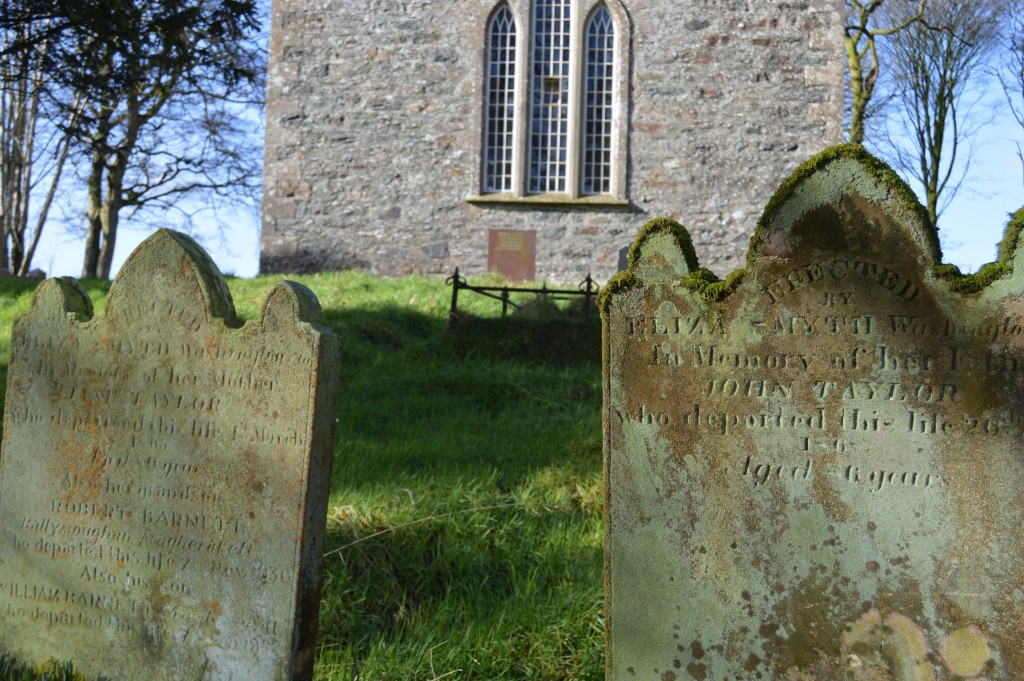 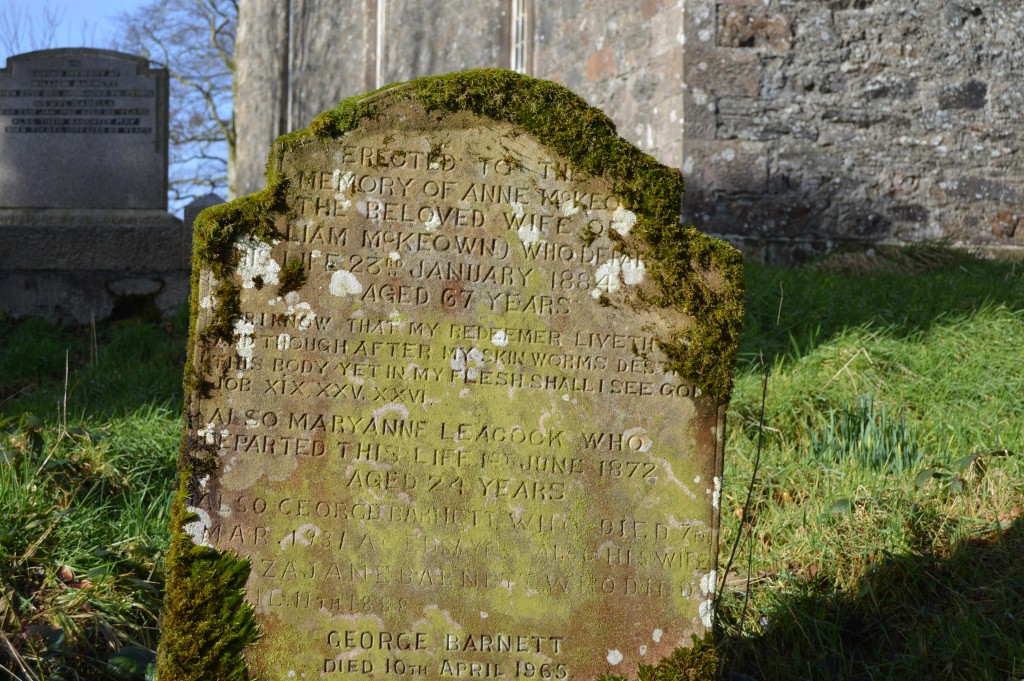 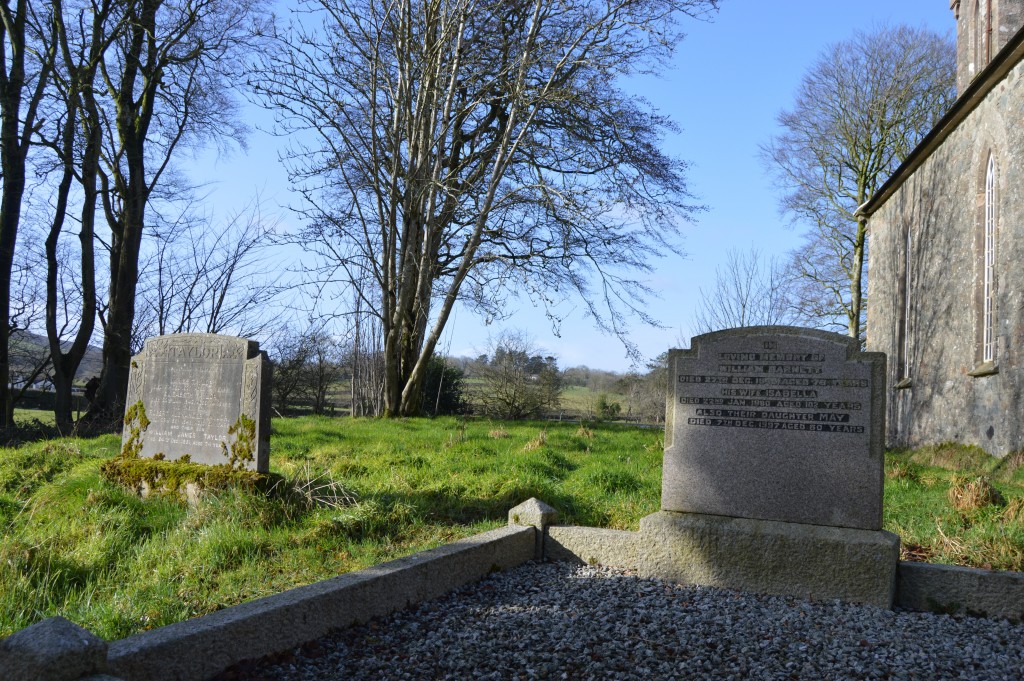 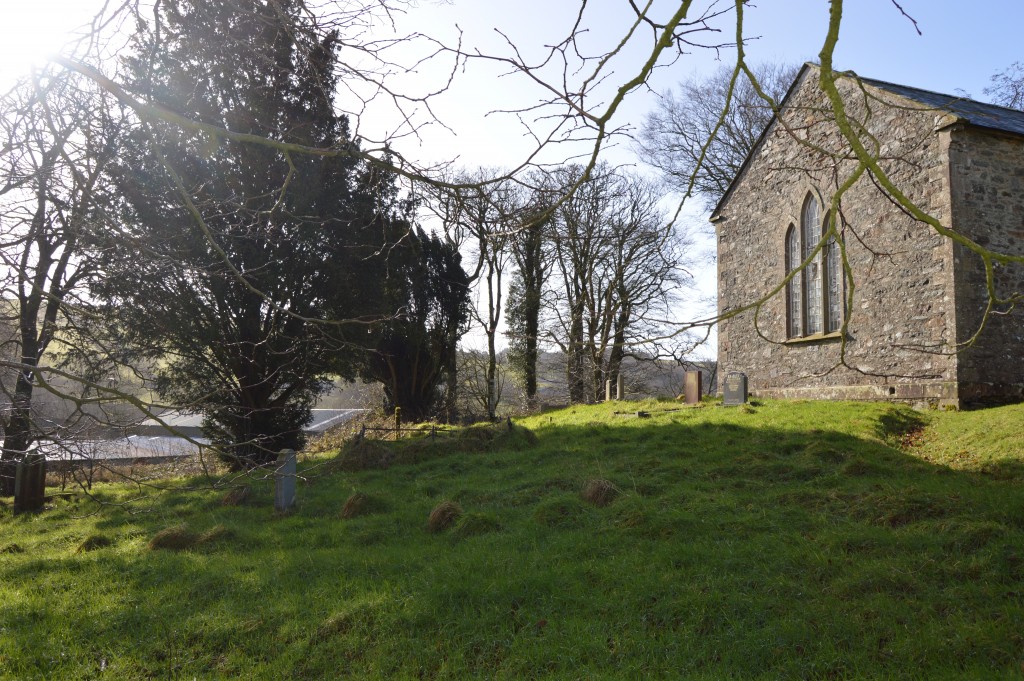 One thing about this list is that people researching their ancestors will find a lot of detail in the gravestone inscriptions. They reveal the date of death as well as the person`s age and their relationship to others. It is also a rich source of information for locals who wish to know about people from the Sixtowns who have no relatives left in the area and to make them aware of their place our history and heritage.