Surnames and nicknames in the Sixtowns. 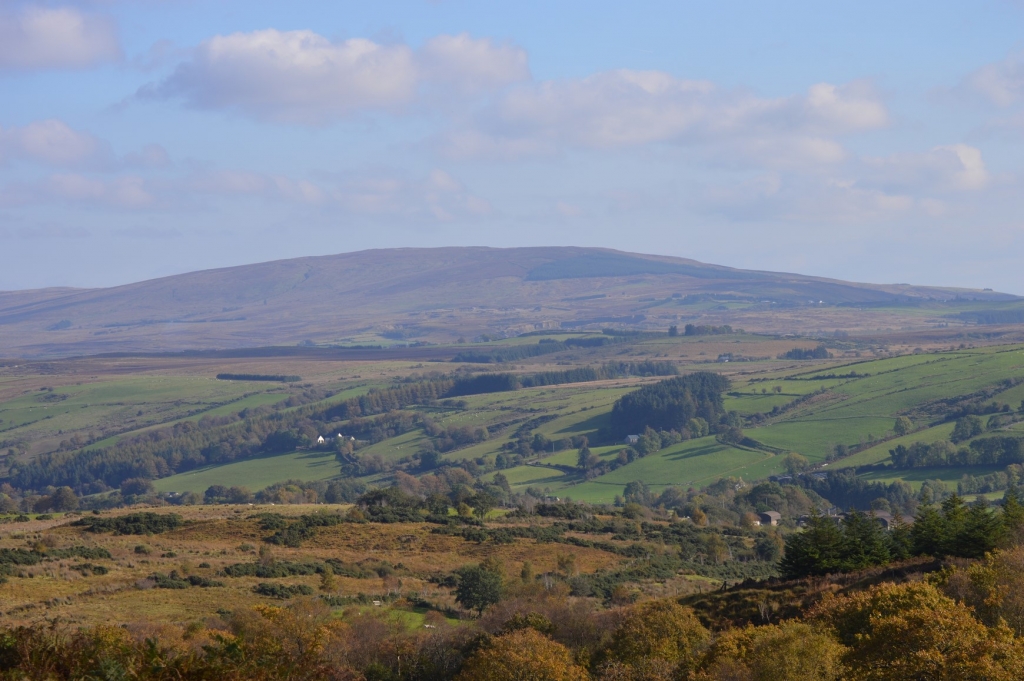 The first records of names which we have access to in the Sixtowns area are the Hearth Rolls of 1663. These were so called because the government had decided to levy a rent on anyone who had a house with a hearth in it. The survey was carried out by soldiers and since these men did not know the area too well and probably had little knowledge of the Irish language, their findings could not be classed as being very accurate. Nevertheless, they give us a flavour of the surnames which were to be found in those town lands at that time as well as the number of them that actually lived there. The spellings of the local place names in the lists like, e.g. Cullyboke for Tullybrick is evidence of the difficulty these people experienced in translating or understanding the Irish language in the course of their work. Moyard is listed with Dunaron (Donoughran on the O.S.map) Was this being confused with Dunarnon, a part of Owenreagh? We get a Shane O`Gogerty in Moyard. This is more likely to be O`Doherty.Also O`Brulhallan which should be O`Brolchain. 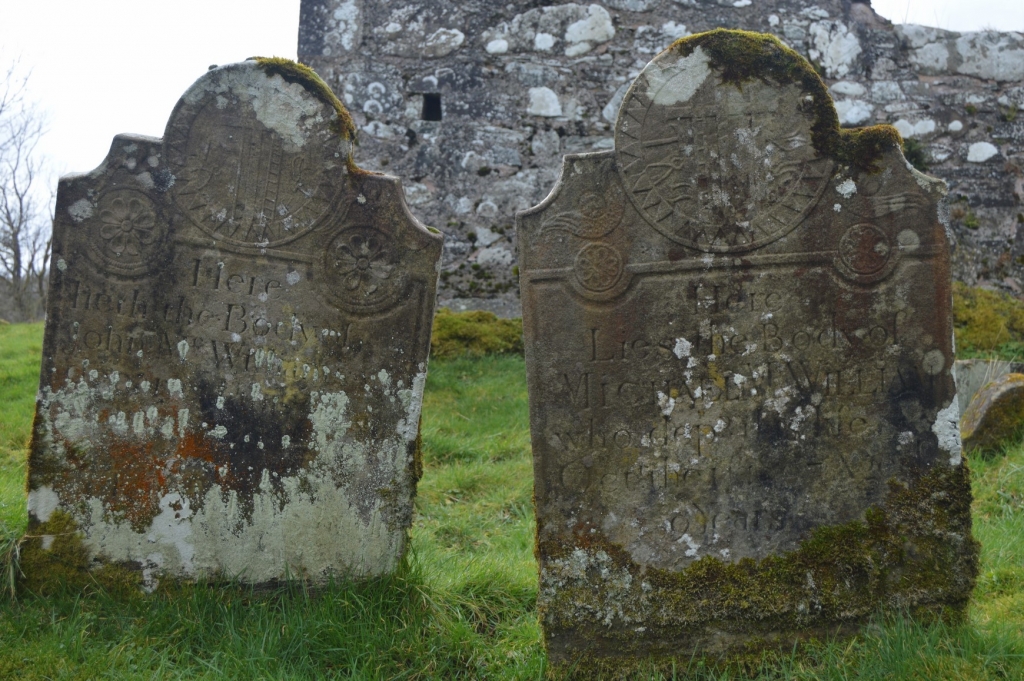 Many Donegal surnames can be found on headstones in the old graveyard at Moneyconey.

It is difficult to say why we had surnames in the Sixtowns in the 1600`s which were almost exclusively native to Donegal, particularly Innishowen. One explanation could be to do with a battle which took place here in 1202 A.D. There is an account in the Annals of the Four Masters of a McLaughlin chieftain from Donegal who came raiding across Tyrone and how he plundered the Church of Scrine. Shortly afterwards a local O`Neill chieftain caught up with him at a sand esker to the south of the church and a battle took place there in which McLaughlin was defeated and killed. Perhaps in the aftermath of this defeat his men settled down in the area, having lost their leader and having nowhere to go they may have had no other alternative.
However, there is a much more credible explanation for so many Donegal surnames being in the Sixtowns then. Apparently when a religious order took over a church in the times of the erenaghs, they would also bring their own tenants from where they came from. Now the erenagh at Moneyconey was mostly run by followers of St. Colmcille and we would therefore expect them to be of Donegal origins.
These surnames survived until the Hearth Monies Rolls recorded their existence in 1664 and it is noticeable that by the 1700`s, as evident from the Old Church Gravestones, most are gone from the area altogether. It is possible that the surnames of Moran and Bradley may be the last of these people , as they are the only names to survive from the Hearth Money Rolls of 1663, in the Sixtowns today. 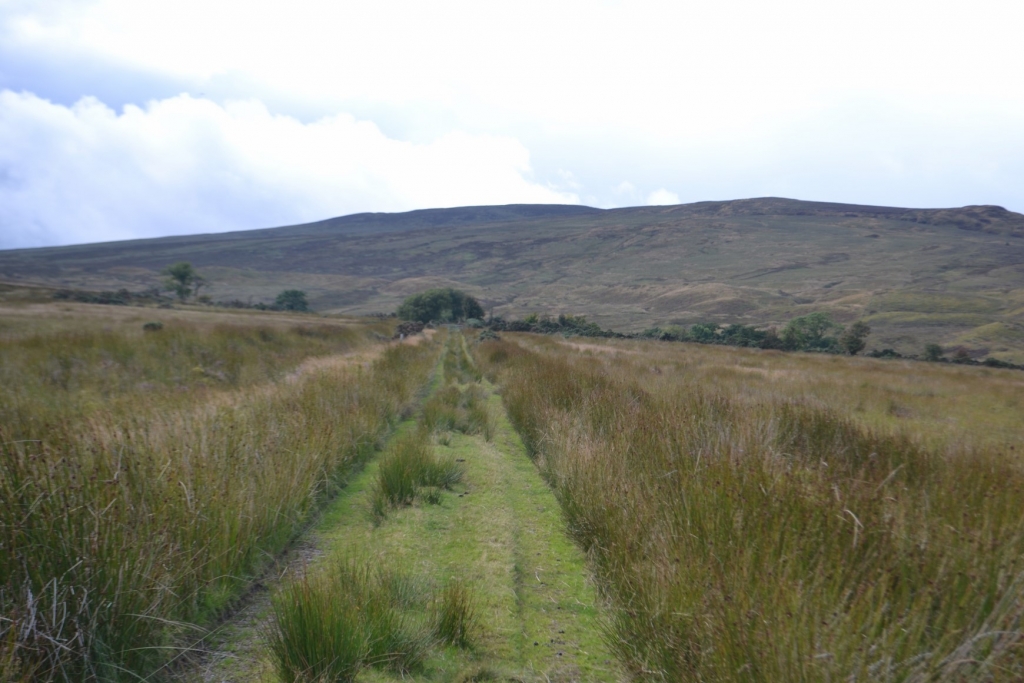 Owen beg (northern part of Cavanreagh and part of Glengomna)

We can see from the list just how many prominent Innishowen, Donegal surnames that were in this district which was a long way away in those days.

Other sources of information about surnames in Sixtowns.

The next source of information on surnames in the Sixtowns would be the headstones in the old churchyard at Moneyconey. These headstones are not an accurate source of the information we are looking for, since not all the people buried there came from the Sixtowns and many are buried without a headstone. Nevertheless, they give us some indication of prominent surnames in the area and which ones seemed to have disappeared from the area by that time.
Here is a list of the frequency of surnames on the gravestones at Moneyconey:

The census which was carried out in 1832 was the first census which gave a comprehensive listing of the surnames in the Sixtowns which could be classed as fairly accurate. Although the surnames are listed in townlands there is no way of identifying who lived where in that town land or what family they came from.
It is only when compared with the more detailed Griffiths Evaluation of 1854 that we can identify families on this list and where they lived. This survey would have been taken when the population in the Sixtowns was close to its peak. We can see that there were a lot of families living close together at that time.
There were 162 Bradleys in the Sixtowns at that time and 72 Morans. There were 38 Clearys, 22 McNamees,30 McBrides and 26 Gillespies.
Other surnames were:

The Bradleys were concentrated in the town lands of Moneyconey, Moyard and Tullybrick. The Morans were concentrated in the town lands of Tullybrick, Owenreagh and Moyard. In fact, Tullybrick was also known as Moranstown and part of Glenviggan is still called Crock Moran (Moran`s hill)
All the Clearys resided in Cavanreagh where it is known there was a large clachan. Some were moved up to Bollie to facilitate the rearrangement of the farms by the landlord. There was a concentration of McBrides in one part of Moneyconey which again suggests the existence of a clachan. The same applies to part of Tullybrick at the big glen where all of the Gillespies lived. All these clachans would have been broken up when the farms were rearranged and the `straight marches` were introduced.
This survey would have been taken some time after the break up of the old clachans in the Sixtowns , when the landlord moved people out to the farm holdings which they are listed as holding at that time. It would be reasonable to assume that these groupings of family names would have lived in their respective clachans together.

The Griffiths Valuation was the most comprehensive survey ever carried out up until the mid 1850`s. While it gives a lot of information on who lived on each farm as well as the location of those farms, It only names the tenant in each case. Nevertheless, this survey serves up an excellent array of surnames, many new from the 1832 Census list.

Below are listed the new surnames on the Griffiths Valuation.
Altayeskey/Tullybrick. 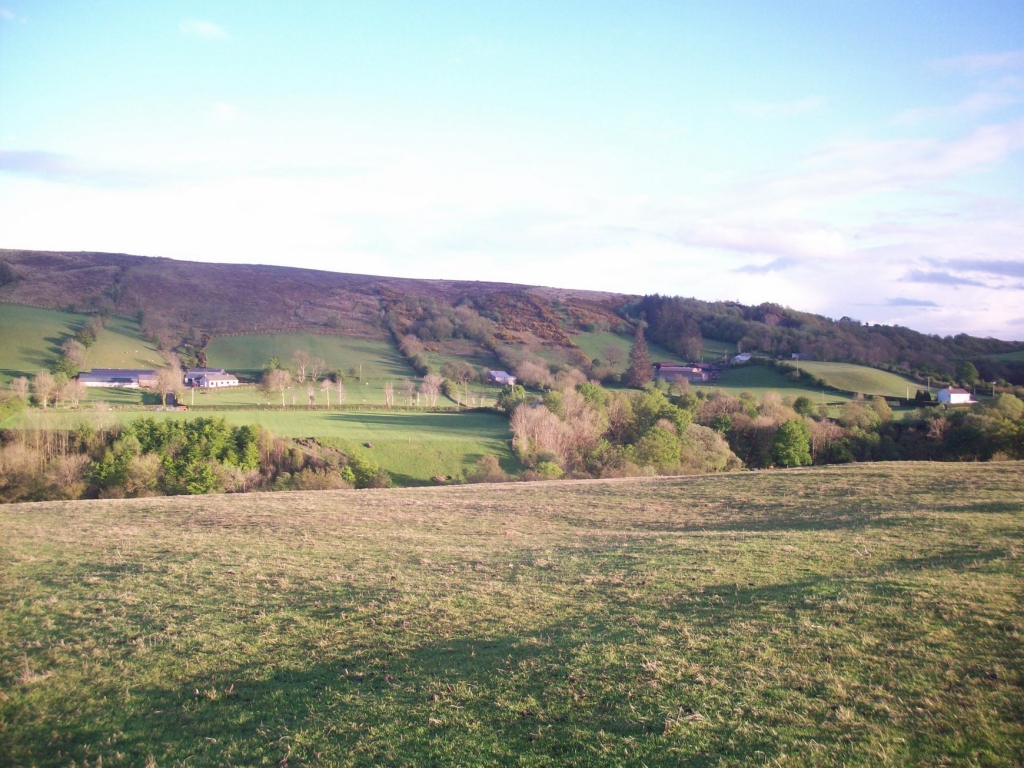 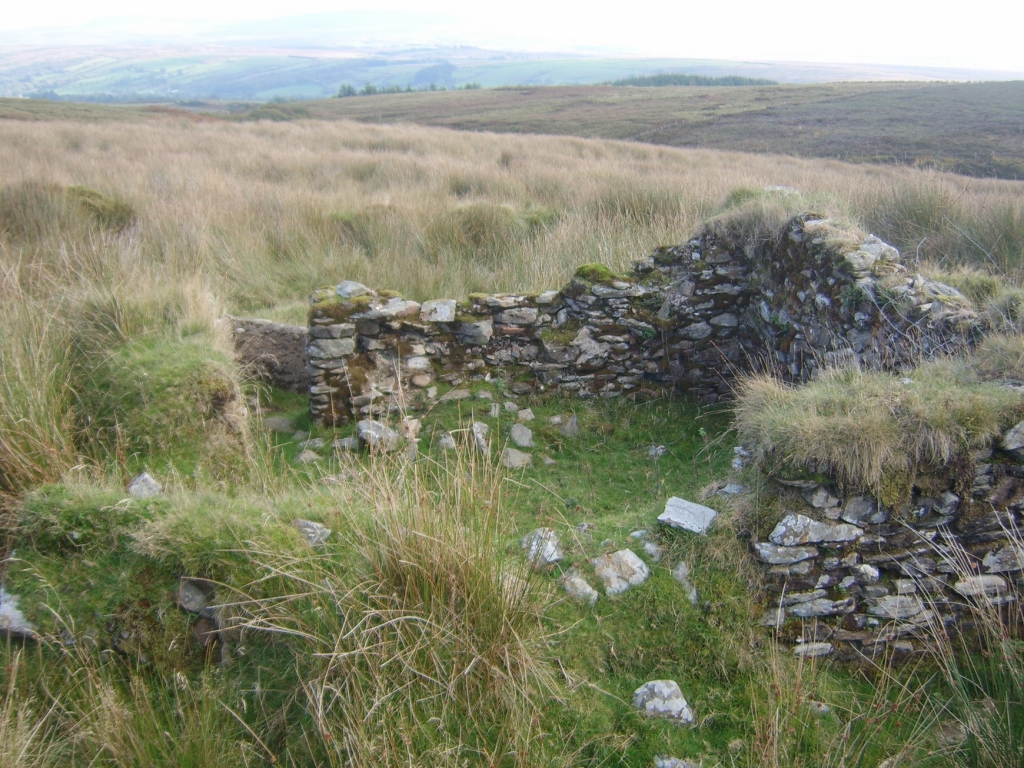 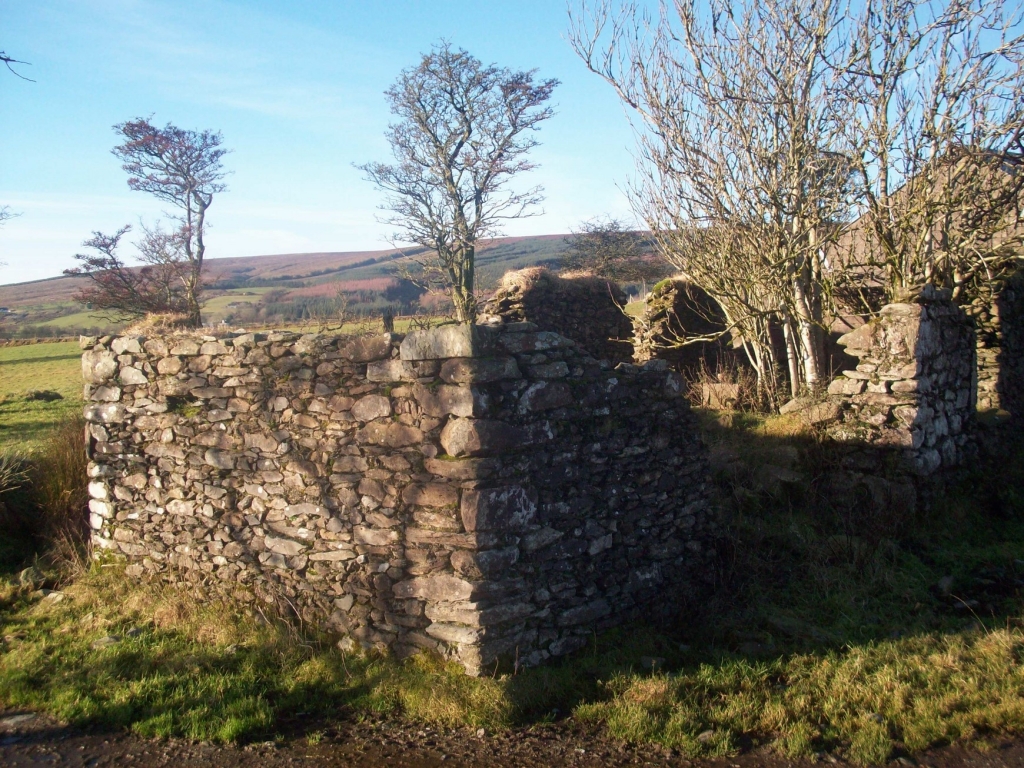 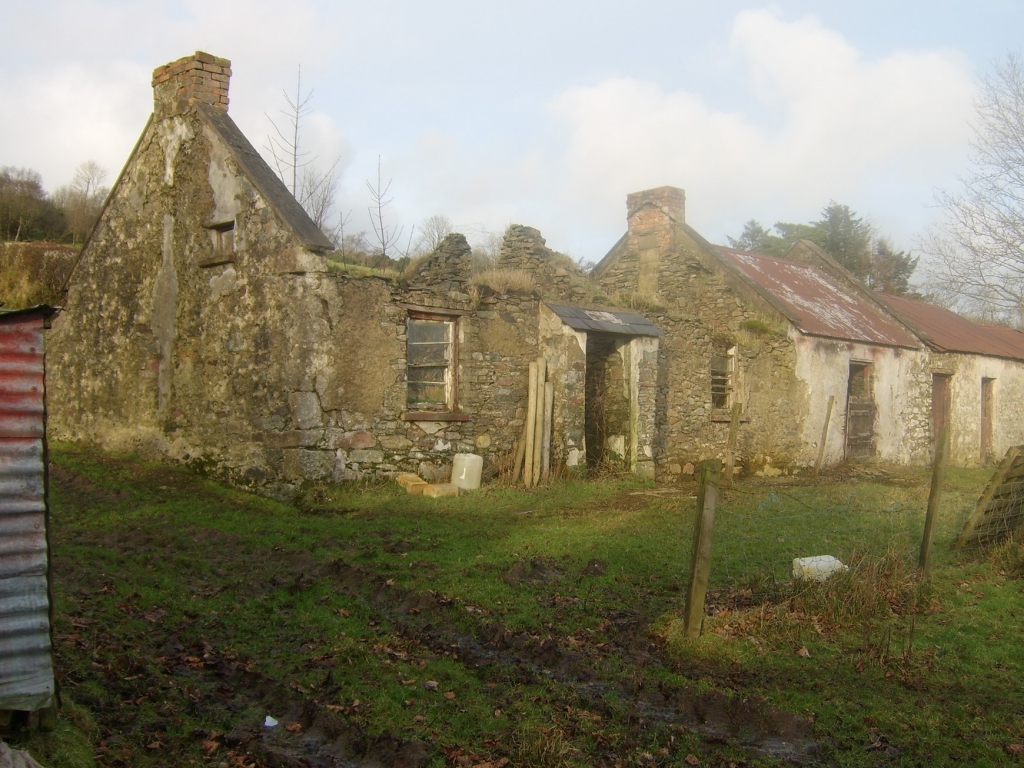 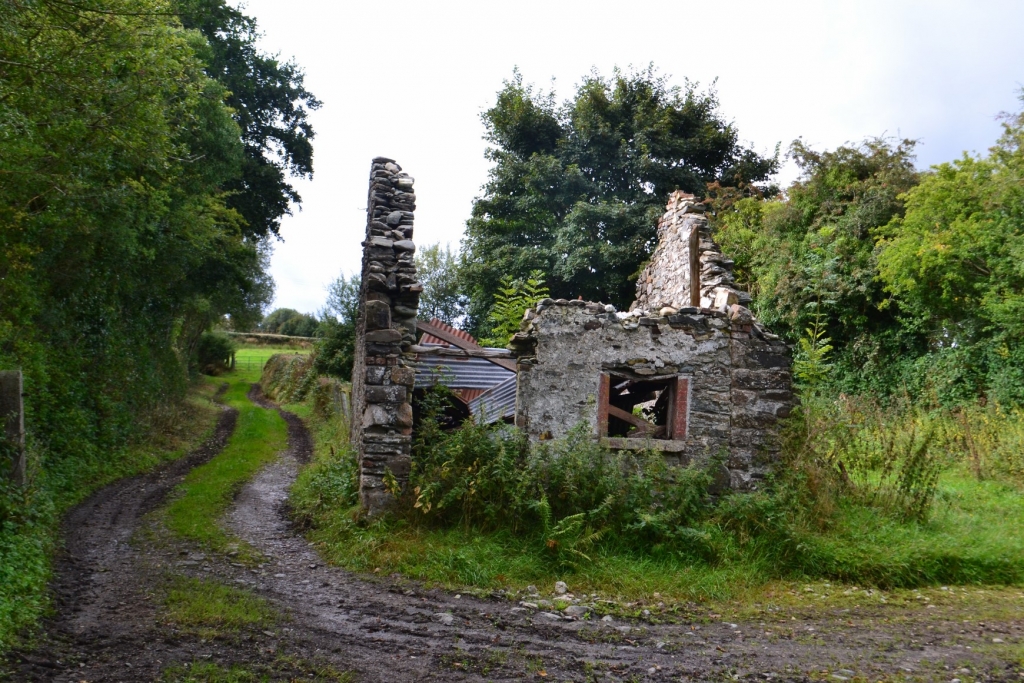 We can see that the largest influx of new surnames was in Cavanreagh, the townland which then had the greatest variation of names. We must remember that Stevenson, the landlord was reorganizing the layout of farms as he created new tenancies in the Sixtowns which attracted new people into the area. This might explain the sudden influx of new surnames to the Sixtowns at that period.

Some facts about surnames in the Sixtowns.

The Bradleys were the O’Brolchains before the name was Anglicised and they were the most popular surname in Moneyconey and Moyard.

The  O’Murrins (Moran)  were so numerous in Tullybrick that the townland was known as Moranstown. They were mostly based in Altayeskey.

The surname Gillespie once dominated lower Tullybrick. Regrettably there is none of the name left today.

The Clearys once dominated Cavanreagh in the Rundale days but were scattered to outlying areas like Boley and upper Moyard. The surname Clerkin and Clarke is often associated with Cleary.

In Cavanreagh the most prominent surnames were Sinclair, Phillips, Graham and Flanagan but did not exist in such large numbers.

Cavanreagh had the greatest range of surnames in the Sixtowns.

Nicknames and why they came into being.

Nicknames were and still are to some extent, used to distinguish families of the same surnames living in close proximity. This is a vert old tradition indeed in Ireland as many of our surnames originated from the need to distinguish one family from another. For  example, in ancient times an O’Neill who had a son called Shane, he would be called Shane O’Neill, his son called Cathan would be called Cathan Mac Shane (son of Shane) O’Neill, his son Donald would be called Donald O Cathan Mac Shane O’Neill. This line would have been used to trace the lineage of a person, tracing back along the family line. Eventually instead of quoting the full family lineage, the name would simply be shortened to Donald O’Cathan for handiness.

The nicknames as we know them in Sixtowns, have a similar structure which follows the family lineage and also helps us trace the family lineage back for several generations. A good example of this would be Paddy Daniel Pat Biddy McBride who lived in Altayeskey. Paddy`s father was Daniel and his grandfather was Pat  and his great granny was Biddy. So there you have the family lineage quoted in the name which they go by. There was another tradition in the area where if a father died, then  the mother’s maiden or christian name would be used in the nickname. It also would happen where an old couple would adopt a child so that they could inherit their farm. The child would then have the adopter’s name as part of their nickname. An example of this would be John Kelly in Moyard who was adopted by the Molloys. He was always known as Kelly Molloy. 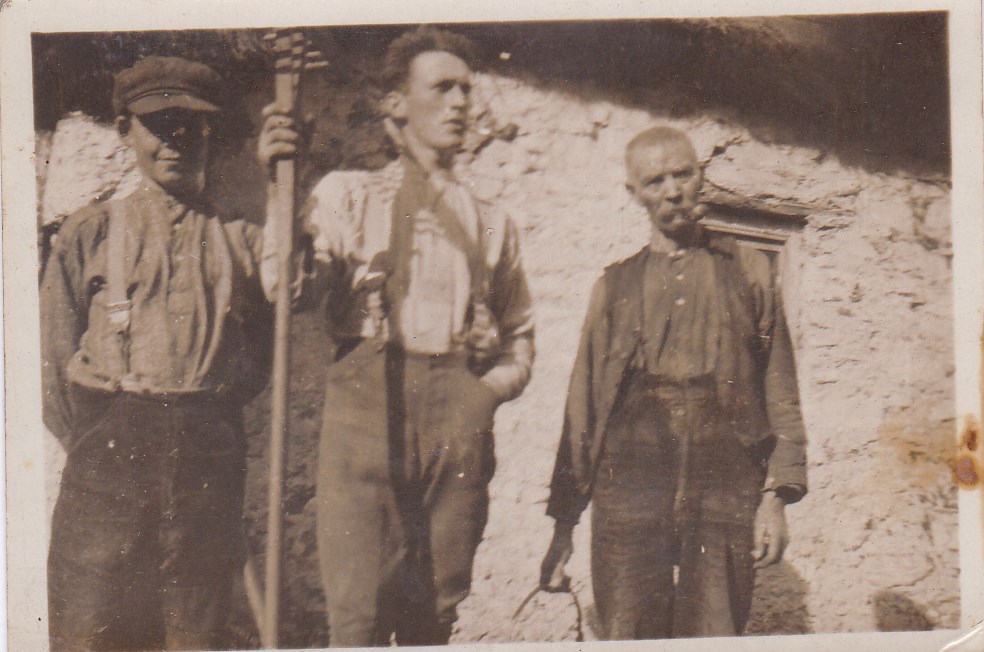 The Irish language also can be found in some nicknames. Pat Phaidi (fadgey) simply means “son of Paddy”.  Pat Hamish comes from the genitive of Tomas which is Thomais (Hawmish) meaning Pat son of Thomas. In the same way we get Phadraig (Fadrig)  … of Patrick  and  Sheimis (Haymish)  …  of Seamus in our nicknames. Unlike other areas the system of nicknames did not incorporate the trade of the head of the family into the nickname. For example, Paddy the Miller or Barney the shoemaker. Neither was aspects of their character used in a nickname as this would inhibit the public use of the name. A possible exception to this might be Mickey Sother (Gillespie) Some think that he got this name from the habit which he had of  threatening to hit someone who annoyed him a “sother”. 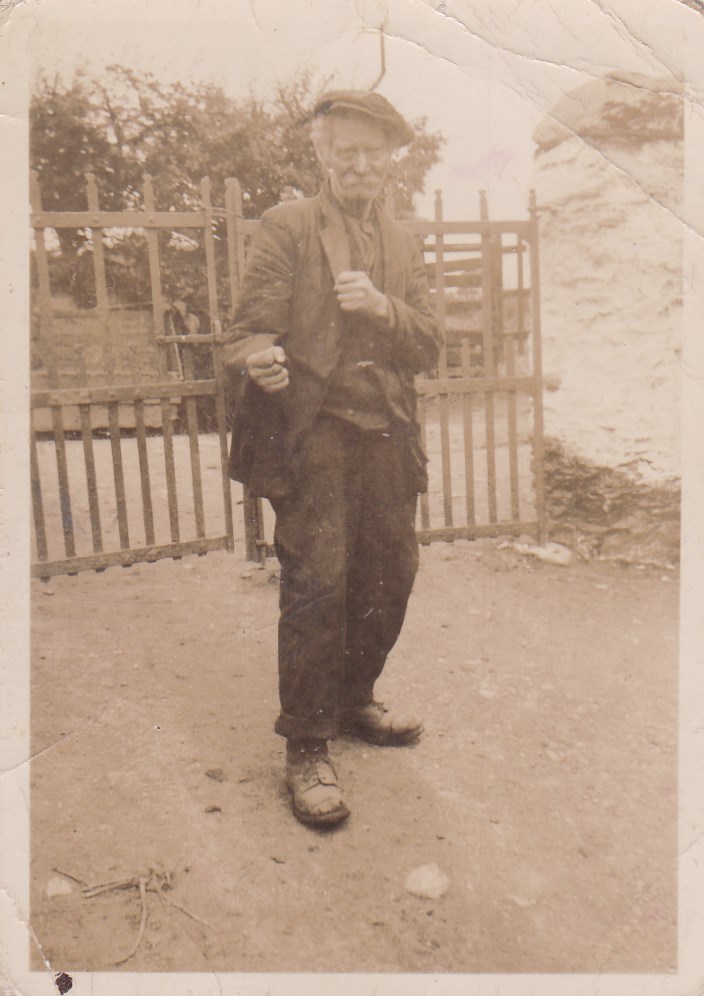 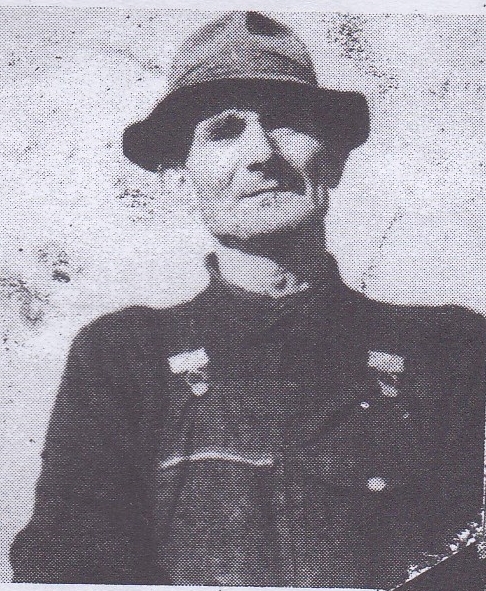 Some people take offence at the use of their nickname where they feel that their proper name should be used. This is why traditionally the nickname was mostly used only to distinguish people of the same surname, avoiding any annoyance of the person concerned. For anyone  doing  genaeological research on local family trees, the nicknames with their annotations of family lineage, are an invaluable source of information.