How much do we actually about  people who lived in the Sixtowns over the ages. Obviously we will have less and less information about people as we go further back through the ages but there is always an abundance of oral history which usually lasts for a couple of generations. It follows that if this oral history about local people is not recorded then it dies with the people who had it. How often do we say?, “If only I had asked them about that before they died” but this is already too late and it is lost and gone. A strong tradition among the older generations when they ceildhi ‘d with each other, were stories about people who once lived in the area, as well as who was related to whom. Thus the community was well versed in the nature of local people who shaped the character of the place and its traditions. Stories of feats carried out by men hunting, working or travelling would have been well rehearsed over time. What a pity that they were not recorded for future generations as a peek into life in the various eras and the nature of the people who lived in those times. Of course not all of these stories could be put into print or recorded, in case relatives might become annoyed. In fact these were the best of the stories and often the most humorous of them and were only deemed safe and fit for certain audiences. Nevertheless, still a lot of these old stories about people of the past generations can and must be saved so that future generations can learn more about the lives and character of their forbearers and therefor have a better grasp of their own local history and heritage.

There are many examples of  people whose stories ceased to exist as their families passed on and it takes some unexpected or freak discovery to bring those stories back to us again. There is the story of  Hugh Murrin (Moran) who left Sixtowns and went to America before the War of Independence and who fought with the rebels before founding a small town on his own land which he called Murrinsville, PA. and is still flourishing today. (Read Emigration section). Descendants of this man in America who were visiting the Sixtowns brought back this story. Nobody in the Sixtowns had ever heard of it.

There is the story of Charles McNally who left Sixtowns around 1850 with his parents and who along with his brother, went on to fight in the American Civil War, earning the Congressional Medal of Honour for his gallantry. This information only came back to his family connections and to the Sixtowns, via the work of an historian, Michael A Higgins, from Desertmartin, who was doing research on men from Co. Derry who had fought in that war. This story was from about three generations previous but it had been already lost to the Sixtowns. What a piece of good fortune.

Hugh Bradley left Sixtowns around 1850 and headed for America. He too fought in the Civil War and had a son, Col. Edward R Bradley, who was known all over America for his cassinos and  thoroughbred stud farm. Hugh  visited Moyard around 1904 but that was the last that was heard of him and his family until a chance connection was made on the internet, which linked up the two families again and the stories unfolded. 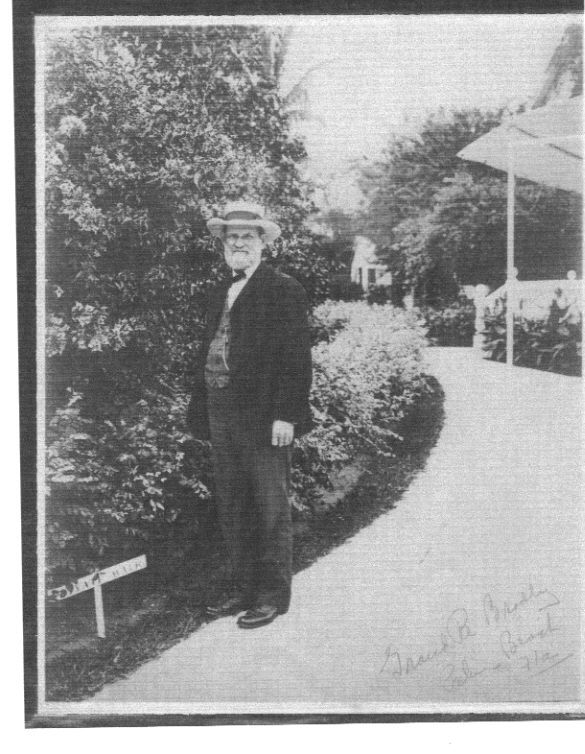 Hugh Bradley  in his retirement. 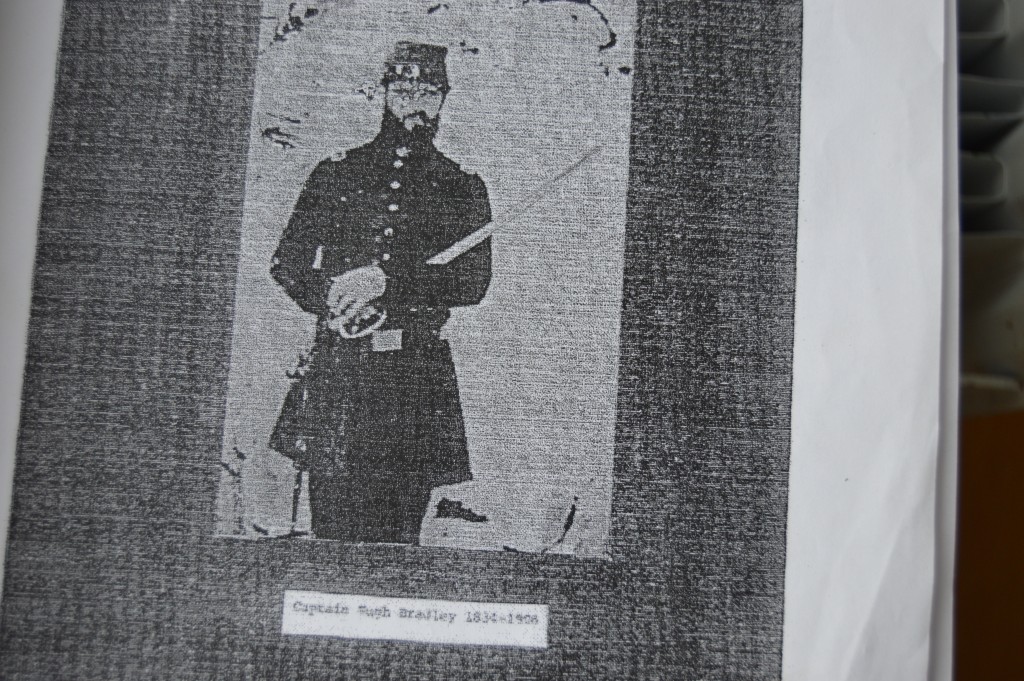 Hugh in his Captain’s uniform during the Civil War.

Hugh Bradley’s story is a remarkable one of survival in the most trying circumstances and quite typical of that of most emigrants of his time.He left Moyard when he was only 17 years of age  and  took an emigrant ship for New Orleans, with a plan to travel up the Mississippi river on a  steamboat to St. Paul Minnesota where he had relatives. However his ship ran aground at Memphis, Tenn. He simply had to disembark and make his own way from that onwards. He got work on a nearby farm and later he worked as a docker, loading cotton onto ships on the river. After that he got a job as an apprentice fireman on a train. After working in the Memphis area for a year he headed north for Pennsylvania where he spent some time in Philidelphia before finally settling in Johnstown near Pittsburg. He worked in the Cambrian Steelworks there for 50 years and survived the great flood disaster there which took the lives of more than 2,200 people. He was married three times, his first two wives having died young. When the Civil War broke out he joined up and became a captain in his regiment. When the war ended he returned to his job, where he remained until he retired and he even managed to make a trip home to Ireland in 1904. He was a very humble man and it is said that if he had known the price  that his son Edward had paid for the hat which he is seen wearing in the photo above, he would not have worn it. He died in 1908 and is buried in Holidaysburg Pa., a really beautiful place. Hugh’s son Edward worked in the steelworks after he left school but headed off out west to seek his fortune. He liked to keep this part of his life secret and tended to create mystery about it. He claimed to have worked as a cowboy and to have rode scout for General Miles during the Indian campaigns. He also claimed to have met Billy the Kid and Wyatt Earp on his adventures. It was when he was in Texas that he and another man started up their first cassino. He then opened cassinos in Chicago and Miami. The one in Miami known as the Beach Club,  is still running today. He made a lot of money in his lifetime but was a very charitable man and this is why the title Colonel was bestowed on him for his charitable works. He was also made an Honourable Citizen by the state of Florida. He bought a stud farm in Lexington Kentucky called Idle Hour Farm and it was from there that he made his fame in horse racing and breeding. 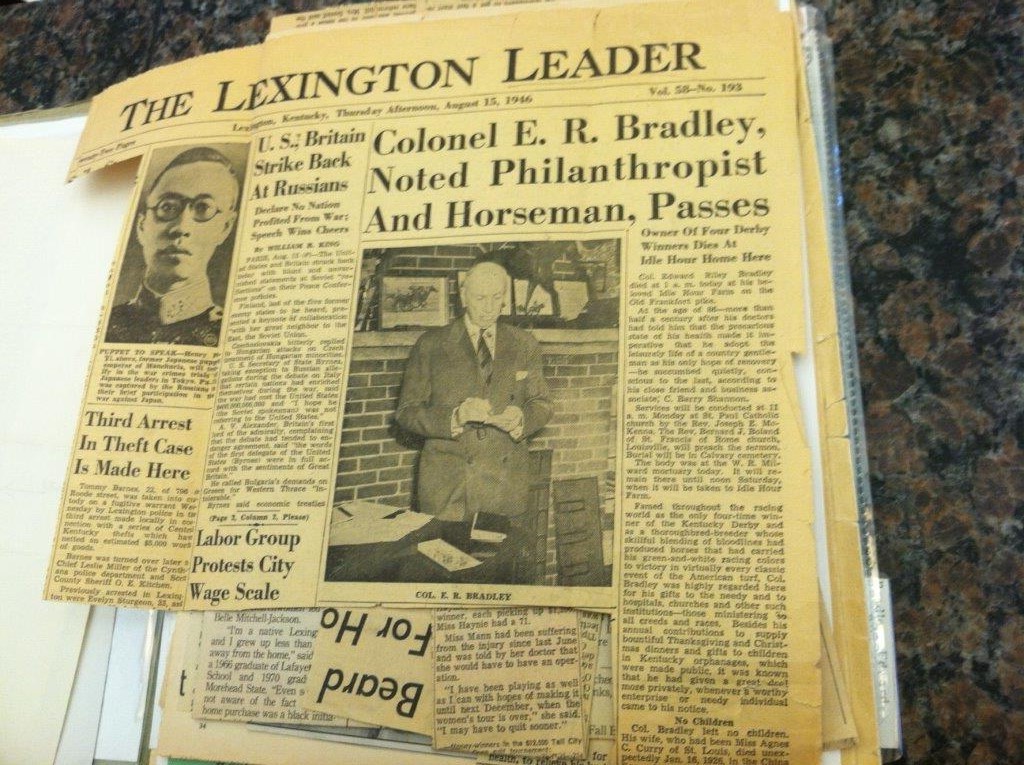 The Colonel’s death in August 1946 reached the front page of the Lexington Leader. 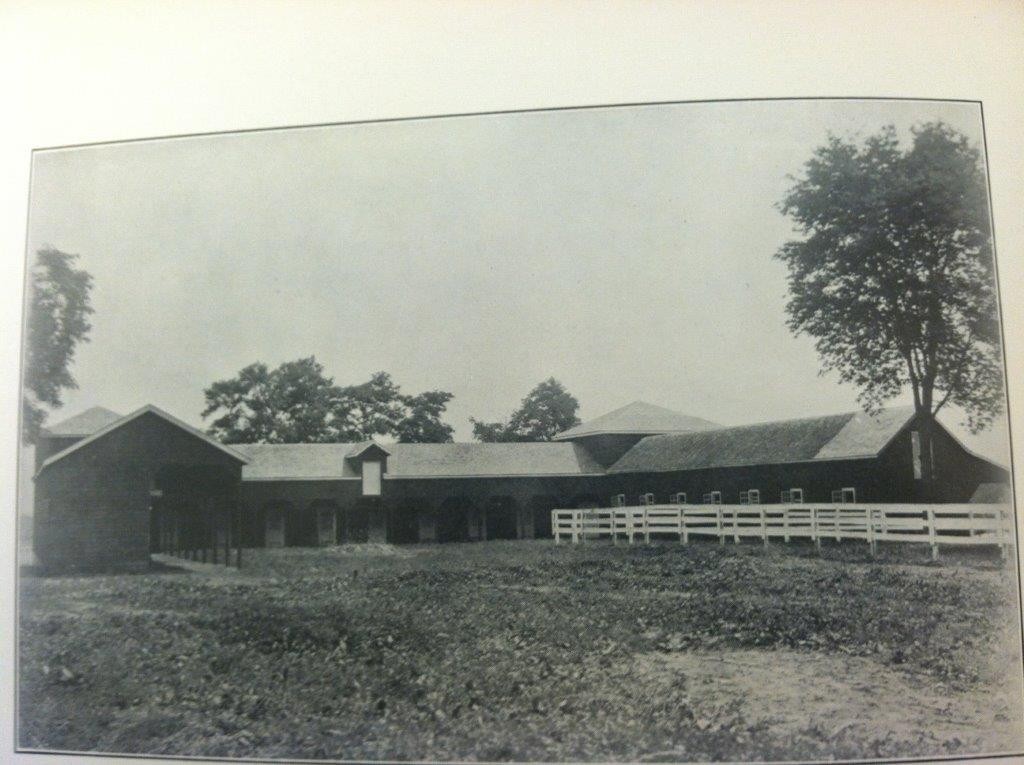 Another chance encounter with Patsy McWilliams RIP, from Carnamoney, produced the story of his great grand uncle, James Gilespie from Tullybrick who also fought in the American Civil War and who wrote his memoirs which were eventually passed on to Patsy. Gillespie writes about his school days in Altayeskey PS and his emigration to America later on. He also wrote an extensive diary of his soldiering experiences during the war, on a day to day basis. These accounts give a great insight into the times in which Gillespie lived as well as an insight into the nature of the Sixtowns people of the time. This valuable piece of local history only survived because the account was written down and saved for posterity. 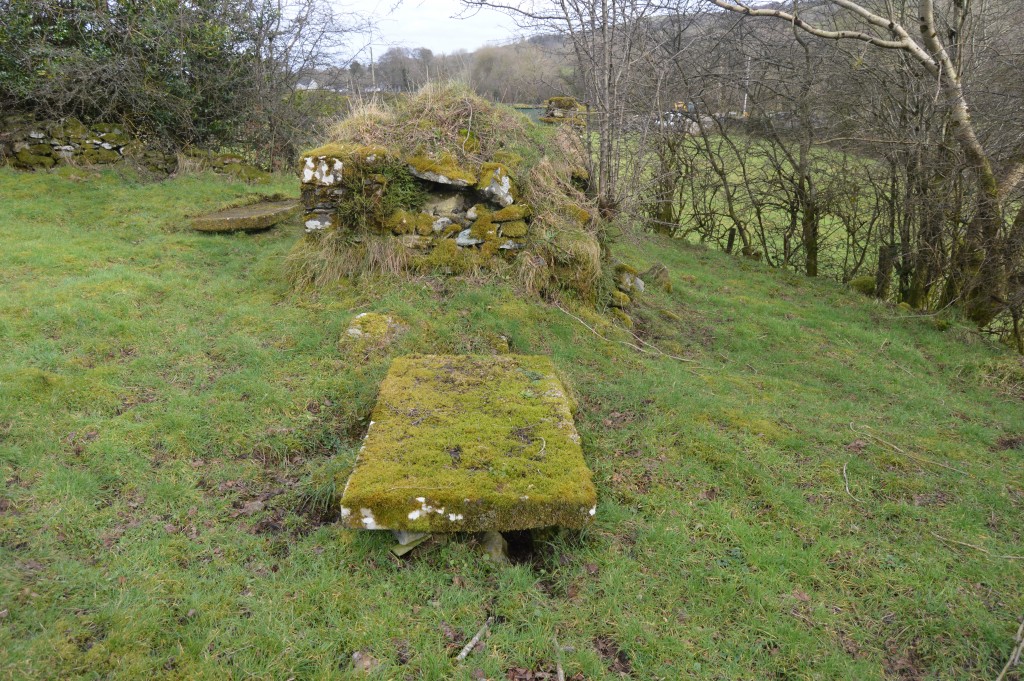 Bishop Conway is buried here in the graveyard at Moneyconey.

The older generations spoke often about those famous people who were associated with or buried in the old church at Moneyconey, St. Patrick and St. Colmcille and the folklore and legends surrounding them. They spoke of Bishop Conway and a priest called Donnelly who was a brother of the Bard of Armagh, Phelim Brady (alias), who is supposed to have ministered there. These old stories were passed around the community for centuries but that tradition is sadly now not kept up. There were stories about the building of the St. Patrick’s Church in Sixtowns and the families who were the builders and carpenters, which were still doing the rounds a hundred years later in ceildi houses. These stories are no longer told by the firesides and this should emphasise more strongly, the need for us to record the stories about our people and make them accessible to future generations. What is happening today will become history tomorrow.

The Rev. R.S. King,  was the rector in St Anne’s Church in Cavanreagh from April 20th 1845 until June 29th 1847. He was a renowned scholar with a particular interest in Irish studies and had lectured in Trinity College Dublin, before coming to Sixtowns. King had a keen interest in people and he would have engaged locals of all churches, in discussions about history, religion and life in general. As a result he would have learned a lot about the people of the Sixtowns. He kept a preacher’s book in which he not only recorded happenings in St. Anne’s church but also titbits of local information about the area as well as, of people which he had encountered. Once again, because these recordings were saved, we can now read some of them in Rev. Thomas McKnight’s book, The Little Church in the Valley, St. Anne’s.  Rev. King died in Ballymena on 4th January 1900. He left us with his own  little contribution about life in his time in Sixtowns and for that we are forever grateful.

We have little written accounts by people associated with the Sixtowns available to us, so we are now reliant on the oral accounts of people,which will be  both first and second hand and possibly more. Therefor, we will just add them in any order of time, as we get them. Some of these stories will reflect the times in which they are from while others will show dress styles, customs of the time as well as an insight into what it would have been like to live their lives. One thing is for certain, we will never see their likes again. However, we hope that the gap in generations will not deter a curiosity among future generations as to what people were like and how they lived so long ago.