The first accurate and to scale maps to have been drawn up in this country were the Ordinance Survey  maps which were published in 1832. All previous maps were merely charts and were usually drawn for military purposes so that territories could be traversed by armies which would use them as their guide through “uncharted territories” as the saying developed. There is one exception to this in our area and that was Sampsons Map of 1815. 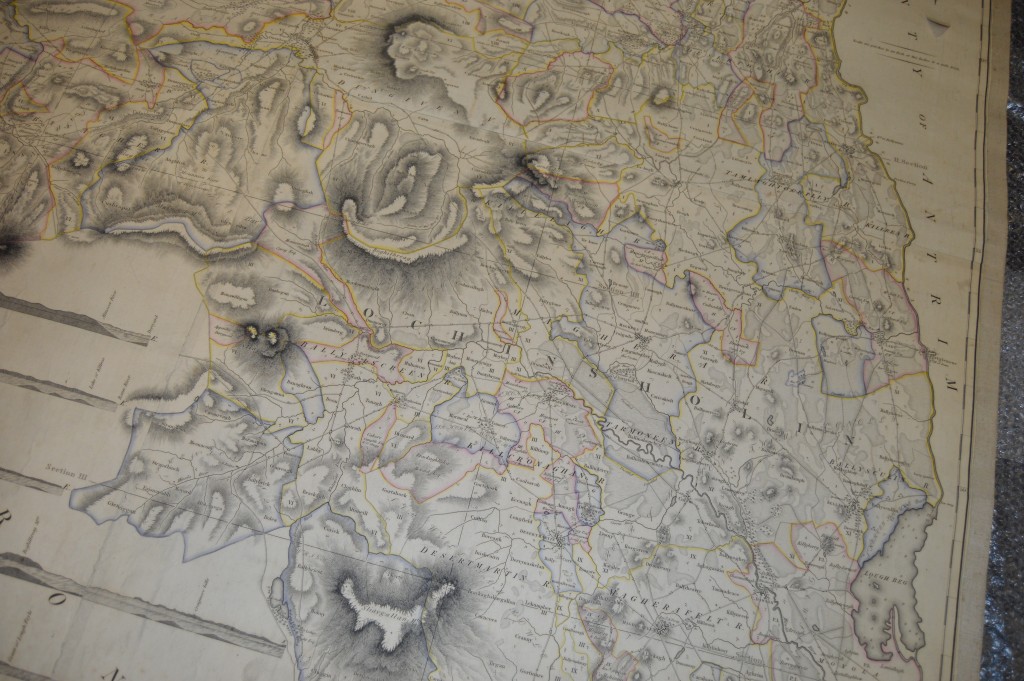 This map is as close as you will get to scale and is quite detailed and accurate. It tells us a lot about the Sixtowns, for example, in those early days of the 1800 `s  with regard to roads and settlement. There is an old map of the area which was for ecclesiastical purposes marking out the Old Church of Screen. Again this is just a chart drawing but it is the oldest map of the area which we have.

BELOW.     We have a closer view of the Sixtowns area on this Sampson`s map. We can see that the main road  ends in the middle of Altayeskey.  Houses are marked as clustres on the map which would represent the old Rundale system of the clachans which was still in existence in 1815. Cavanreagh, noticably, is labelled Moranstown on the map. This is in fact an inaccuracy, as Tullybrick was once known as Moranstown because of the number of Moran families who lived there at a time. We can also see from the dispersal of sites of the houses in the area that large swathes of land which were populated some 20 years later,  are uninhabited in 1815. The landlord moved lots of families out of the clachans and up to more scattered or remote areas  like Boley and Glenviggan around 1830, as the Rundale system of settlement was scrapped in favour of the “straight marches”. 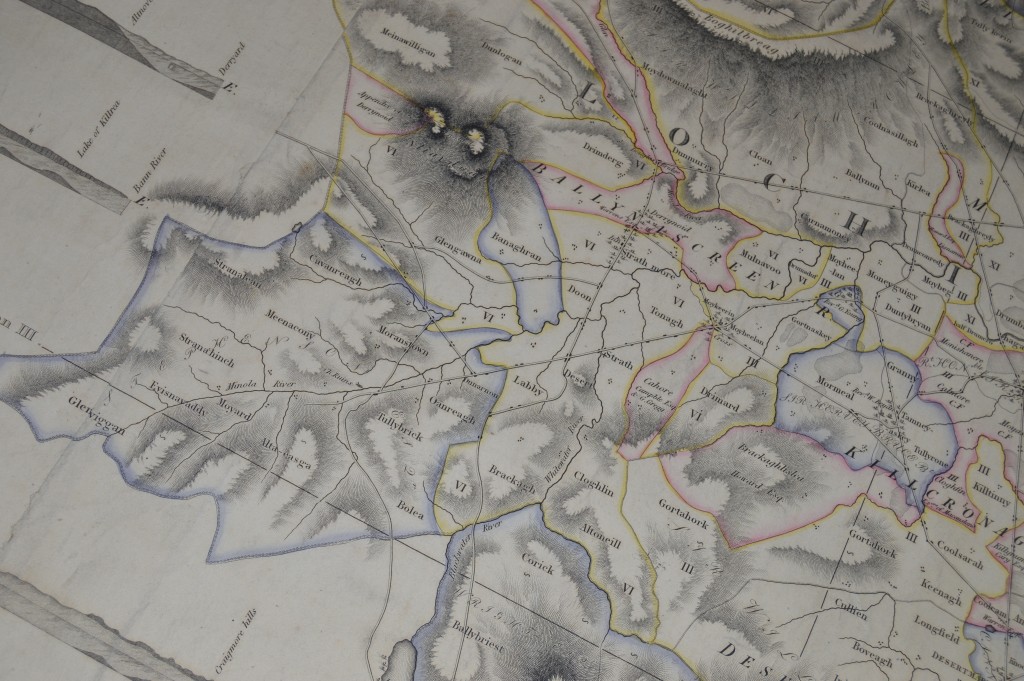 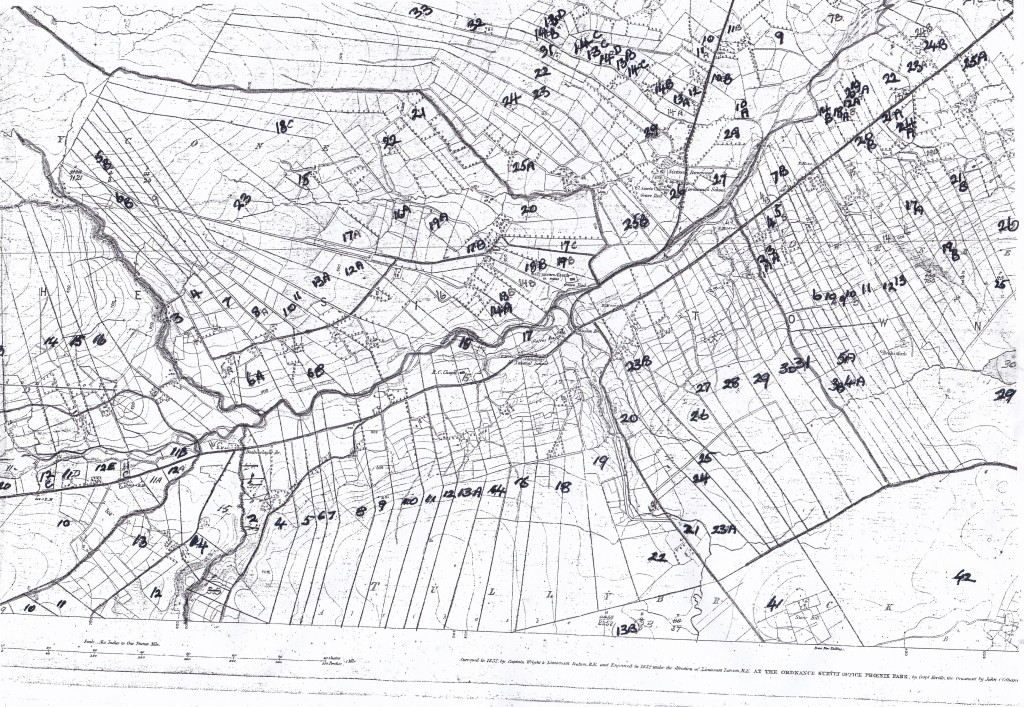 The map above corresponds with the Griffith`s Valuation sheets . You can trace the then owners of farms by the numbers on the townland listings which have numbers on them for each homestead alongside the names of the owners. In each townland the numbers range from 1 upwards, with A,B, C, and so on where a farm might be scattered among other ones. Using the lists for each townland you can find out who lived where.

Here are the townland lists of people who lived in the Sixtowns in 1856. Check where your family lived at that time by taking the house number in the column on the left hand side which is beside the family name and find it on the map. (e.g Owenreagh …. Francis Cleary is  …  2A.     You look for 2A on the Owenreagh part of the map.) 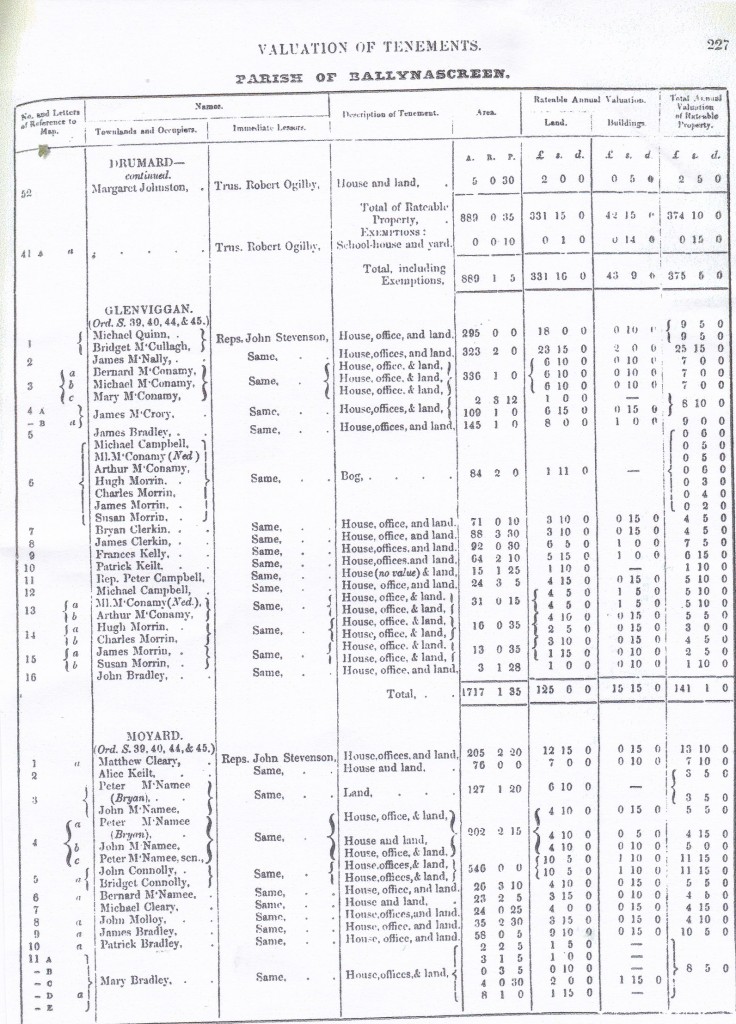 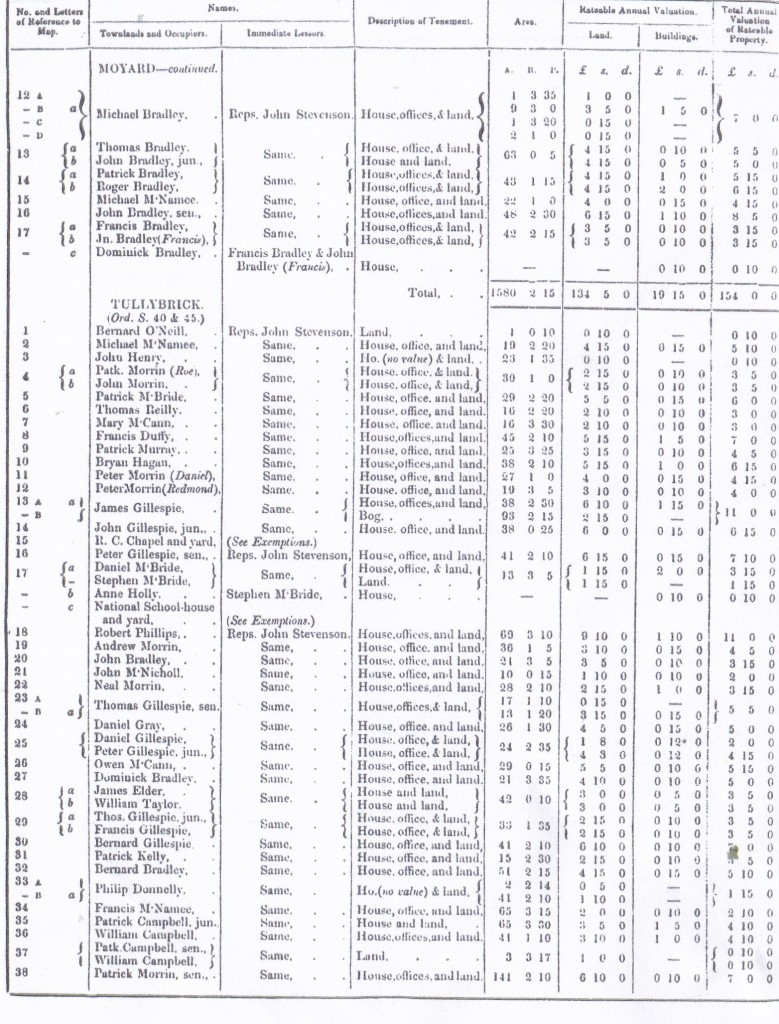 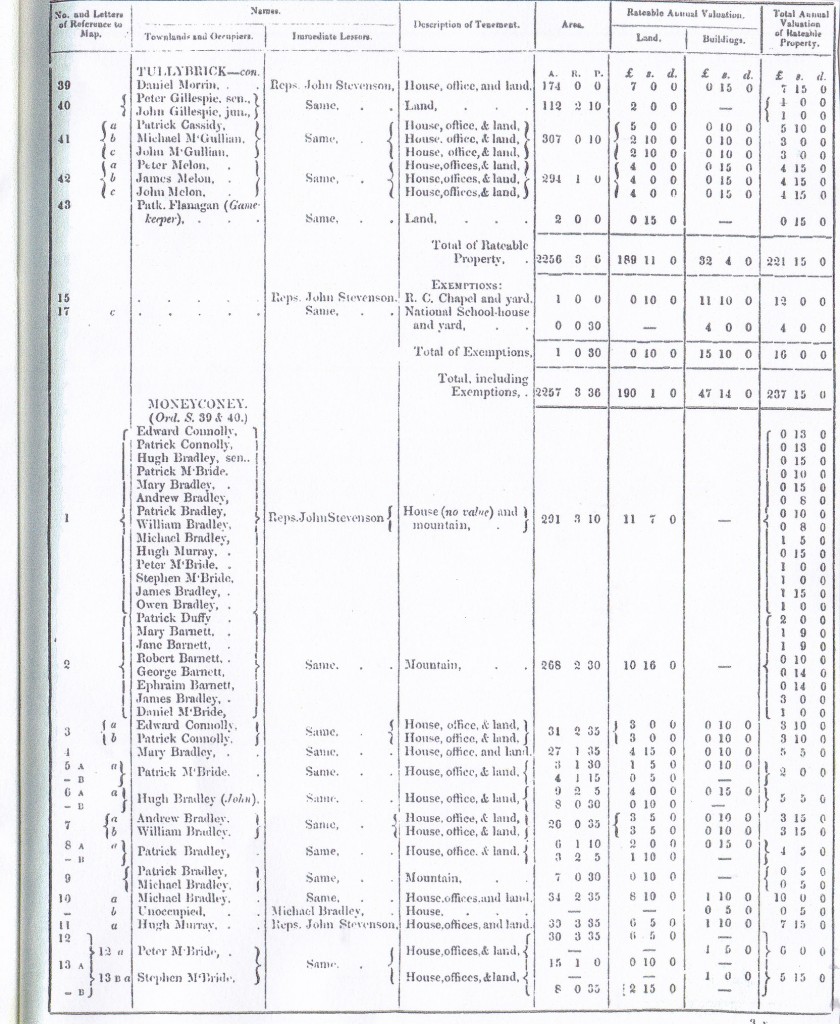 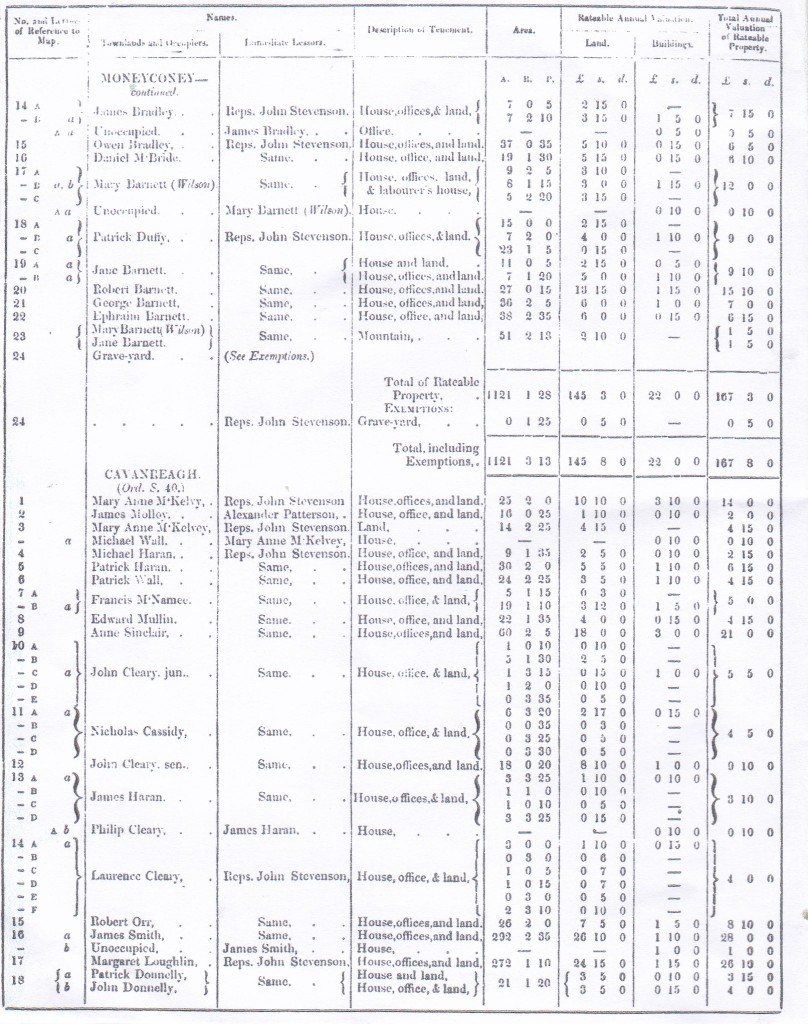 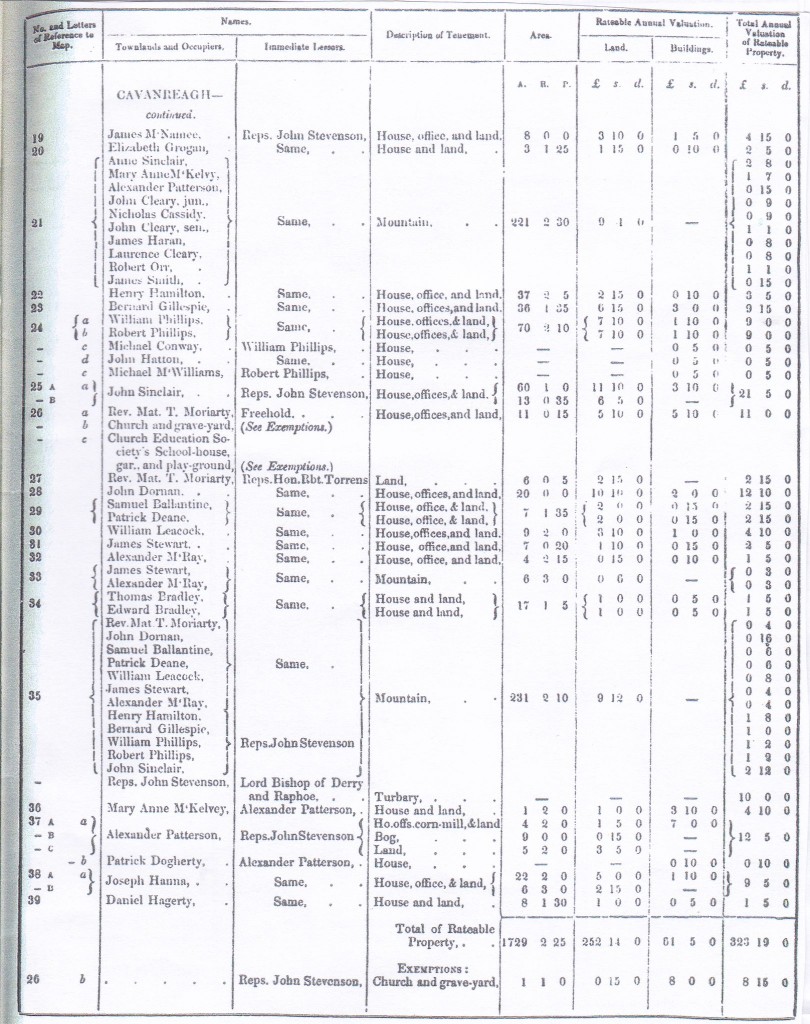 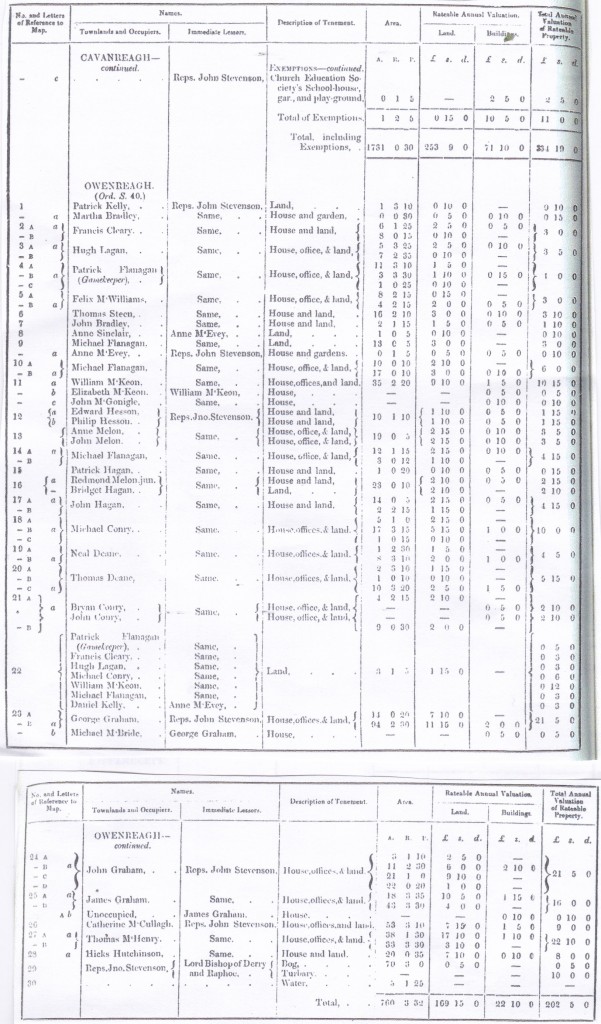 Below we have a map of where the houses were sited in the six townlands. Many of these houses have either been replaced or are in ruins today.

The above map shows the roads and houses as well as the small placenames. 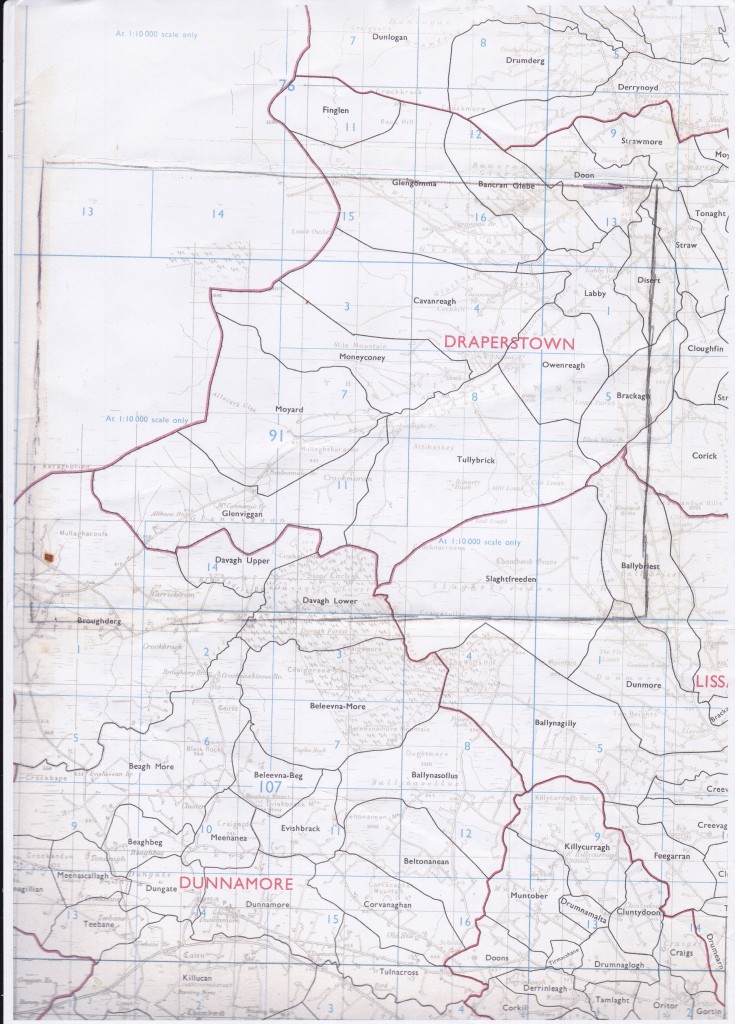 Inside the rectangle we see the outlines of the six townlands which make up the Sixtowns. 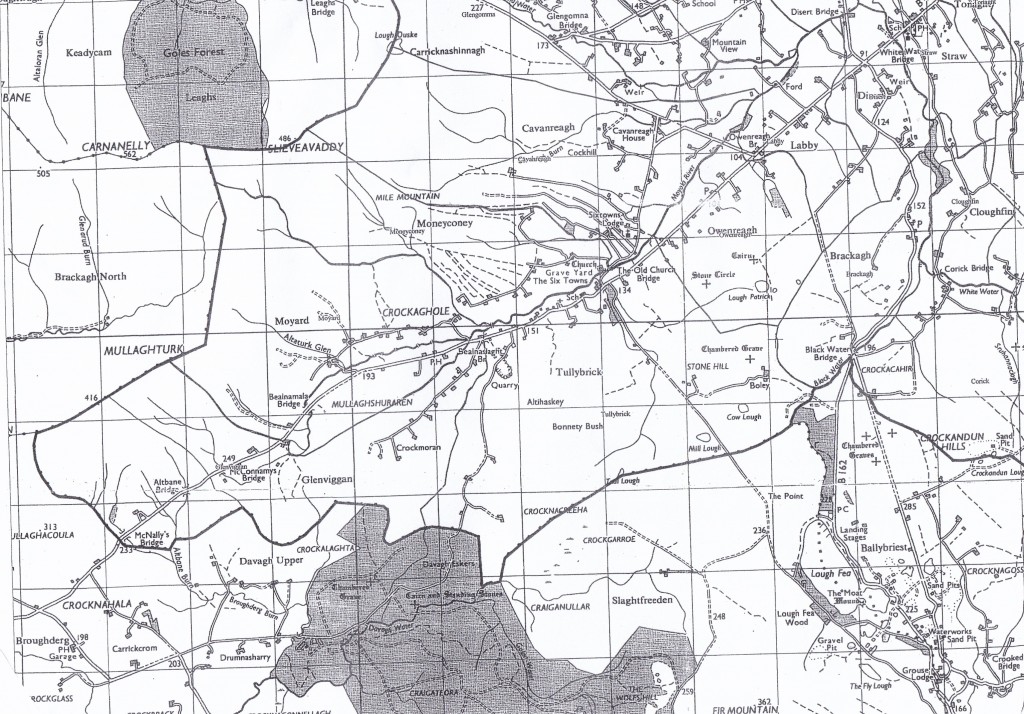