Where does the place name “Altayeskey” originate? 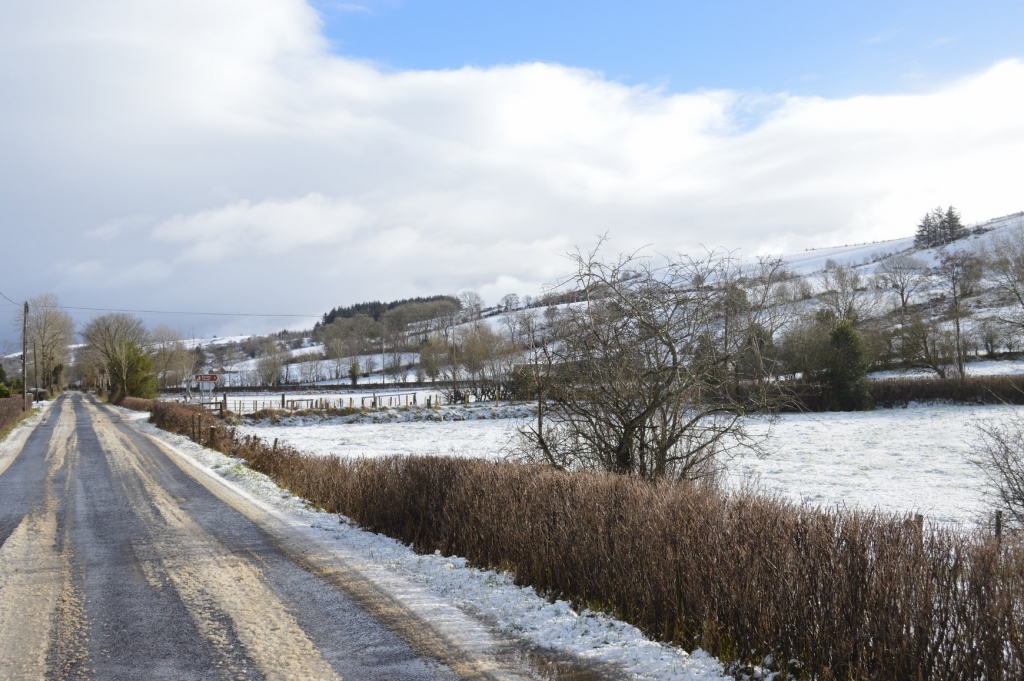 Altayeskey is not a townland but is part of the townland of Tullybrick. Altayeskey comes from the Irish words “ Alt an Eiscir” which means the “Glen of the Esker” This esker (sandy ridge) used to be called McLaughlin`s ridge or Eiscir Mhic Lochlainn in Irish after a battle which took place there a long time ago.

There is an entry in the Annals of the Four Masters, which was a history of Ulster written by four monks in the sixteenth century, which tells us of a Donegal chieftain called Dermot McLaughlin who came raiding and pillaging across Tyrone and raided the Church of Scrine in the year 1202 A.D. He must have sat around for too long afterwards because we are told that a local O`Neill chief  surprised him and attacked his army at a sandy ridge to the south of the church. Dermot was killed, his army put to flight and afterwards he was buried on the esker which has been called after him. Most regrettably though, nobody knows exactly where this ridge stands. It has disappeared from local folklore and it is only guesswork where it might actually be.

There is a great story told in local folklore about McLaughlin`s poet, McNamee, who on seeing his master lying dead on the field after the battle, proceeded to ask O`Neill if he could come over to his side and become his bard/poet. After bargaining with O`Neill for a while McNamee finally settled terms with O`Neill and as they began to move off O`Neill told him to jump onto his horse behind him. McNamee was not tall enough to do that so to get a leg up he asked O`Neill to pull his horse over beside the dead body of his former master so that”I can step up from this boor”. He was hoping to impress his new boss by using the corpse of McLaughlin to step up onto his horse. In fact, O`Neill looked on McNamee with contempt but strung him along for three years, not paying him a penny and finally sending him on an errand to a cousin who was a psychopath and who hanged every stranger who came along, hoping that would be the end of him. O`Neill sent his son with him to make sure he would go but his cousin knew what he was up to and for badness hanged his son and set the poet free. He was never heard of since. Did he head for Altayeskey again?? There are plenty of McNamees there now.

However, there are two possible locations. One is the site on which the school now stands which is indeed located roughly to the south of the church and  is a sandy ridge. 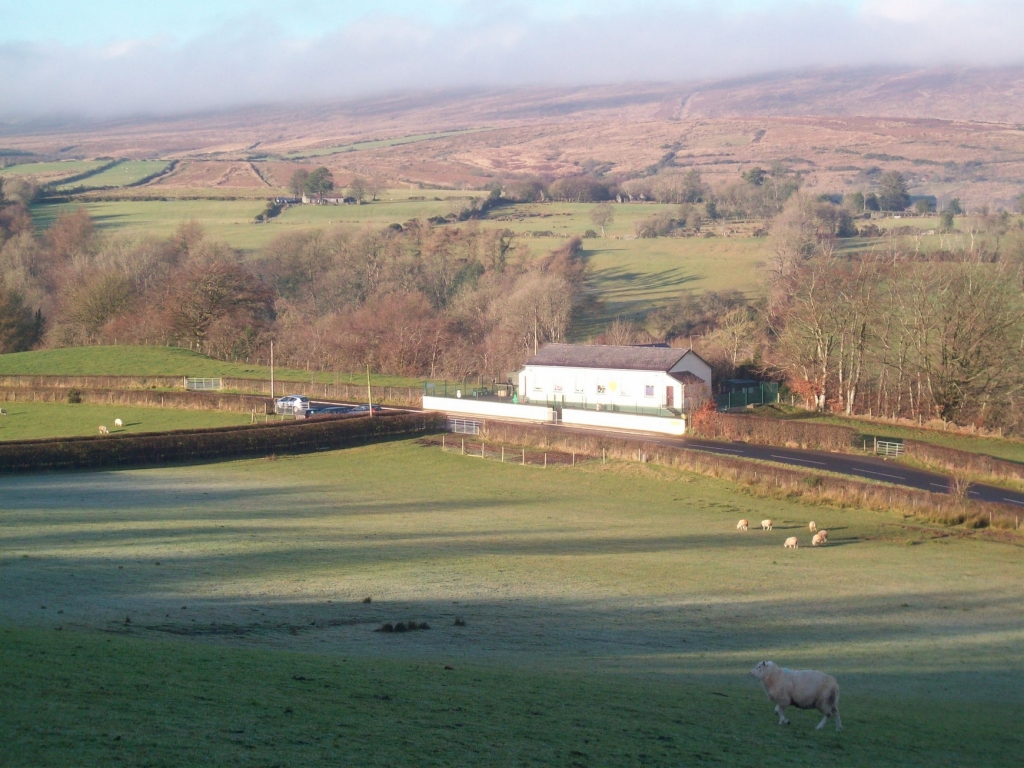 Here we have a possible location close to Altayeskey Primary School.

As well as that there is a record of bones having been dug up in the early 1800`s as the road was being constructed through Altayeskey. There is a question as to why the road took a turn below the site of the school only to bend back again above it when it would  have been easier to stick to a straight line with the course of the road. Did the road makers stumble upon the actual bones of McLaughlin and decide to circumvent the burial site .

The other possible site could be an impressive sand esker which lies between the Davagh and Sixtowns roads. If you walk on top of this esker you will soon recognise the advantageous position anyone would have had to pitch camp or indeed to create  a safe settlement. The views of the surrounding countryside are ideal to spot approaching enemies and it would be easily defended. It is possible that McLaughlin decided to make his camp here for a while and that this is where the battle actually took place after being surprised by O`Neill. 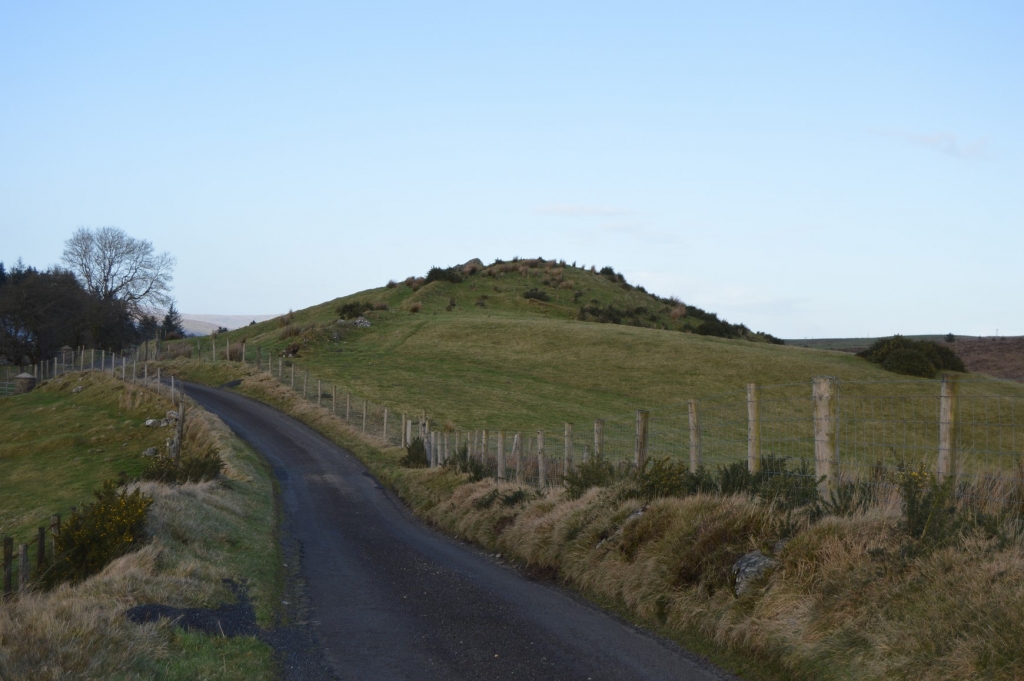 There are a couple of other factors which may back up the theory that this indeed may be Eiscir Mhic Lochlainn. There is a bridge on the main road, within a couple of hundred of yards of the site, which is called “Beal na Slaght” bridge which means the “mouth of the burial place”. Is this Dermot`s  burial site?

As well as that, there is a field leading up to the esker which is called “the barter field.” Was this the field where McLaughlin`s poet, McNamee, bartered with  O`Neill to become his poet.(It is so ironic that the adjoining farm has been owned by the McNamee family for many generations.) However, the barter field can also mean “ the boundary field” in Irish. There is another barter field in Glenviggan.